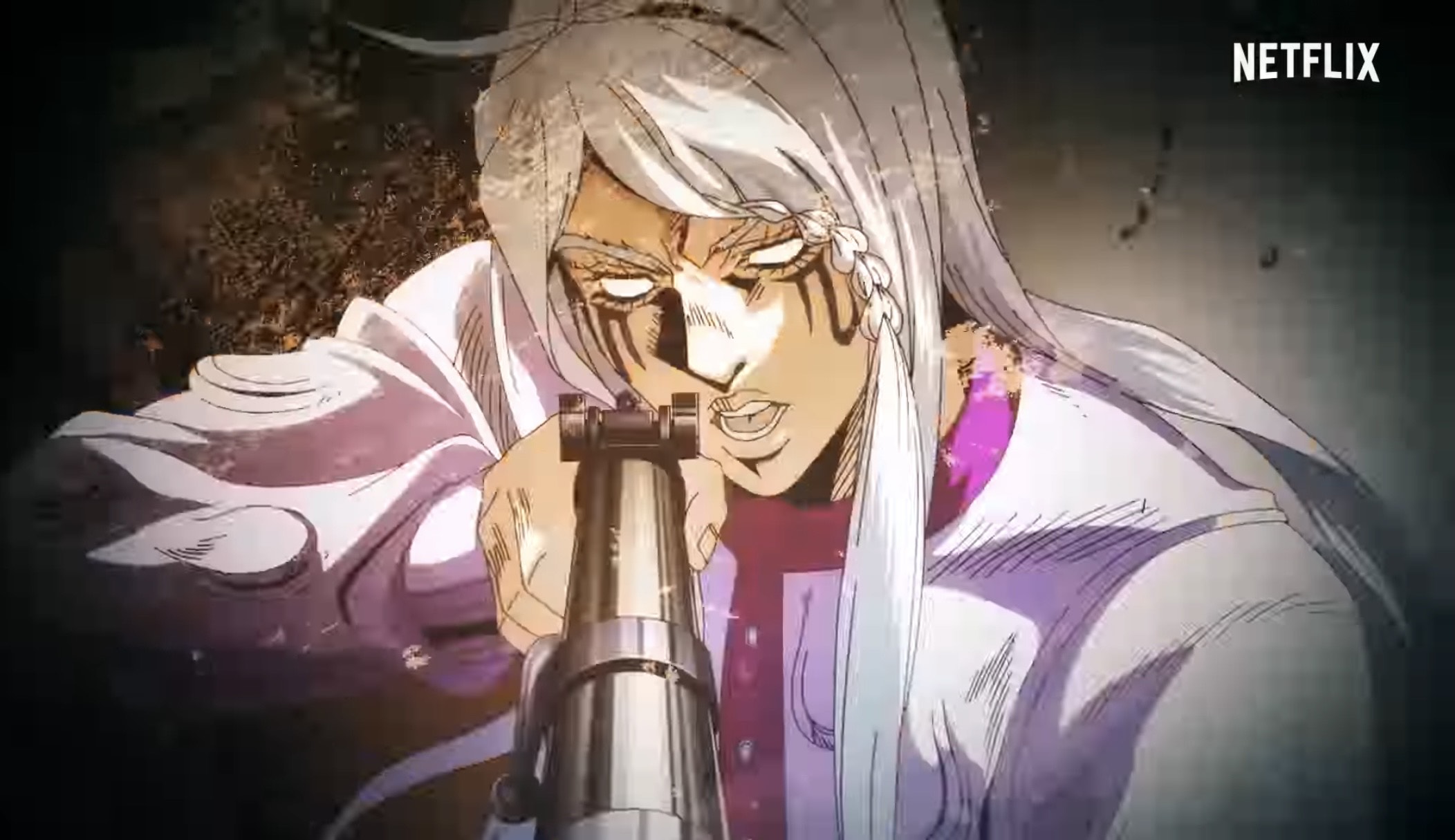 JoJo’s Bizarre Adventure: Stone Ocean will finally continue in 2022, but fans will still have a lengthy wait.

When Netflix announced last month that the second part of season five will resume this fall, it didn’t go over well with the fan base, partly because the first 12 episodes of the season were all released in one batch on Dec. 1, 2021. This will obviously leave fans anxiously awaiting the next episode.

In Japan, one episode per week was released of season five, and recently concluded with episode 12. Fans there had to wait almost two years for season four, but that was at least between seasons and not during the midst of one.

When Tokyo MX originally released season two Stardust Crusaders in 2018, there was a four-month wait in Japan for the second part of the season. Even when the pandemic delayed the English dub version of the highly praised season four Golden Wind in 2020, which aired on Adult Swim’s Toonami, the season resumed three months later.

SugoiLITE, a Twitter account dedicated to scoops on Anime that often releases leaked info, posted today that JoJo’s Bizarre Adventure: Stone Ocean Part 2 will be released on Netflix on Sept. 1 later this year.

That means US fans will have waited exactly nine months for the resumption of season five which is the longest such mid-season wait in the show’s history, though they didn’t all have mid-season breaks. This second part of the fifth season will equal the first part in terms of episode length which is set to last 12 installments (episodes 13-24.)

Despite JoJo’s Bizarre Adventure: Stone Ocean originally being released on different services worldwide, every episode of the series is currently available on Netflix.

JoJo’s Bizarre Adventure: Stone Ocean will finally continue in 2022, but fans will still have a lengthy wait. Presently, the still-running manga has eight story arcs with the anime series covering six of them so there will likely be at least two more full seasons of the anime to catch up to where its source is now.

JoJo’s Bizarre Adventure: Stone Ocean is based on the popular manga of the same name, created by Hirohiko Araki. It’s one of the best selling manga’s of all time with over 120 million copies in circulation, having begun printing in 1987 in the Weekly Shonen Jump magazine.

JoJo’s Bizarre Adventure: Stone Ocean follows the family line of Joseph Joestar throughout generations and features numerous characters who possess supernatural psychic abilities. The story covers a span of 130 years, beginning in the 1880’s and progressing throughout time with season five landing in the year 2011.

At least fans won’t have to wait 130 years for the next installment.

For more details on the series, check here.