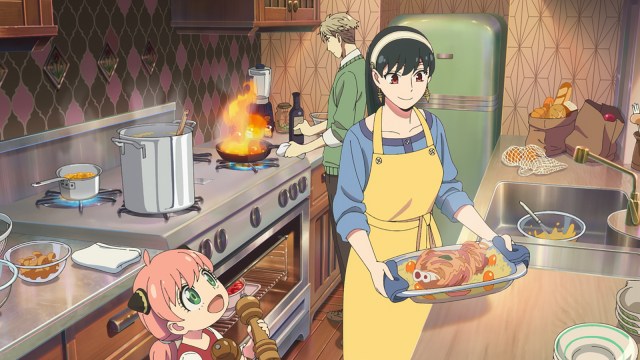 Spy x Family is one of the most hyped anime series airing right now, with its first season being among the most anticipated releases of 2022. It first premiered on April 9 and ran until June 25 before going on a break. Now, the spy anime is back with new episodes, having released part two’s debut episode on Oct. 1.

Created by Tatsuya Endo, the series is based on a manga of the same name, published for the first time in 2019. Spy x Family follows Loid Forger as he navigates in his newest mission, Operation Strix, and the make-believe family he creates to accomplish his goal.

Is Spy x Family set in the real world?

Spy x Family mostly takes place in The People’s Republic of Ostania, the homeland of both Anya and Yor. While there is little information about this made-up country (for the obvious reason that it’s fictional), it’s believed that Ostania is based on our world’s Germany, as its capital city is often referred to as Berlint, a clear derivation of Berlin. It’s also interesting to note that the word “Ost” means east in German, therefore Ostania is supposed to represent East Germany during the Cold War.

Ostania is neighbored by another fictional country, Westalis, which by all accounts seems to represent West Germany in our spy series. We don’t get to see much of Westalis in Spy x Family, but it’s another major place, as the home country of Loid Forger, and the base of WISE, the spy organization Loid works for.

Spy x Family is available for streaming on Crunchyroll, with new episodes being released weekly on the platform.