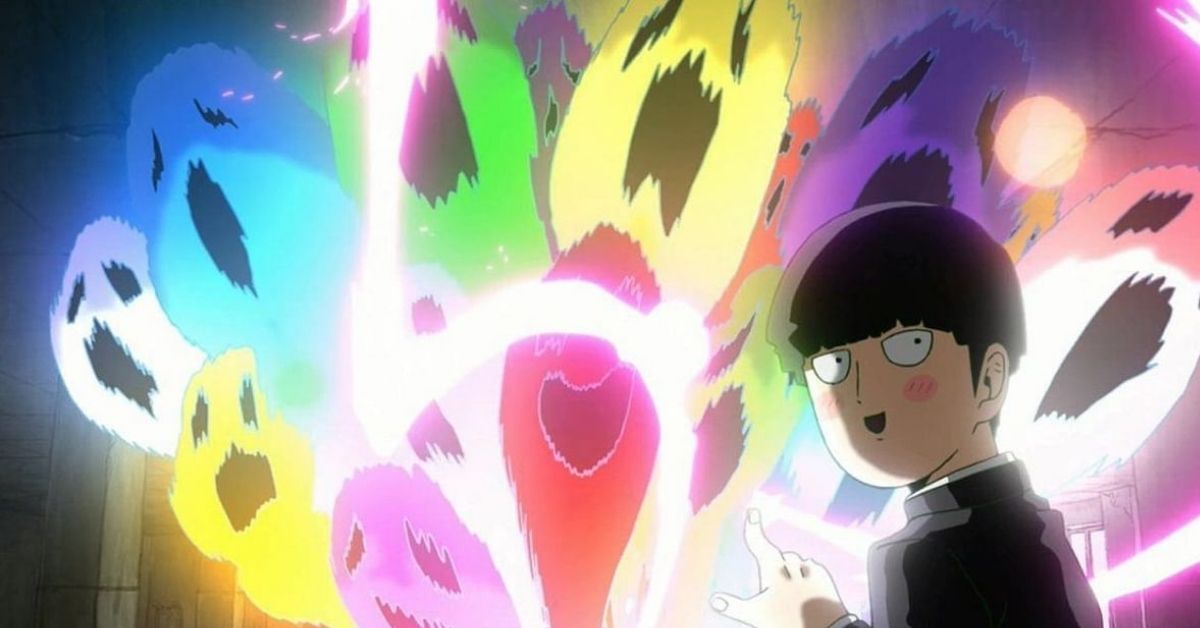 Comprising one of the most interesting power dynamics and entertaining world-builds out there, Mob Psycho 100 immediately caught the eye of every anime aficionado. From the main characters to the antagonists, Mob Psycho has proven itself when it comes to huge powerhouses that are capable of wiping out entire cities.

From the moment the anime was released in 2016, fans of the series have been begging for more, and now with two seasons, special episodes, and a third season incoming, more characters are being introduced to the anime. With Shigeo Kageyama as the protagonist of the story, very few characters will be on par with this extremely powerful high school student, but a few come rather close. On that note, here is a list of characters whose strengths are especially noteworthy.

Introduced in season two, Shibata is a former member of the terrorist group Claw, as well as an Esper, a human who is able to awaken his special psychic abilities. During his fight with Shigeo, the former member of Ultimate 5 managed to overthrow and break Mob’s barrier, singlehandedly smashing through the barrier that was otherwise deemed indestructible by Dimple, a feat that had never happened before.

Also a member of Claw and an Esper, Toshiki Minegishi was introduced during the World Domination Arc in season two. As expected of any Claw member, Espers are very likely to be strong psychics, and Toshiki Minegishi is no exception. Most members of the organization have fought immensely powerful opponents at some point or another, and during his own fight against the three trusty men, Sho placed against him, the strength of this character was noticeable right away when he held all of them captive in his plants, and almost immediately defeating them once he got serious.

Sho Suzuki is the son of Toichiro Suzuki, the leader of Claw, and for this exact reason, one can expect him to be absolutely overpowered. Merciless and at times arrogant just like his father, Sho isn’t one to shy away from a fight when needed, and during his feature in season one, Suzuki defeats and completely obliterates Hatori, Ishiguru, and Ritsu effortlessly without even attempting to use the maximum capacity of his abilities. Suzuki is particularly strong against high-ranking Scars and mercenaries and easily defeats strong opponents.

First introduced as a possible antagonist for Mob, Hanazawa has since become a dear friend to Shigeo. Even though his powers are disclosed little by little in the anime, including pyrokinesis and his technical fighting style, it isn’t until the manga fully expands on his abilities that we get a clear idea of exactly how strong Hanazawa might be. In the anime, we see the divine tree already, but in the manga, Dimples merges with the tree, which then possesses the power to absorb people’s energies and powers, including Minegishi, whose energy gets immediately sucked out of him. On the other hand, the tree takes quite a bit of time sucking out Hanazawa’s powers, implying that he holds far greater strength than Minegishi.

Formerly a Claw and an Ultimate 5 member, Roy Shimazaki is first introduced in season two. Established very early on during his introduction, Roy is a strong character. He easily defeats a squad of several tiered Scars without even attempting to use his abilities to a full extent. Effortlessly overpowering the characters he faces, Shimazaki is a true powerhouse whenever he actually fights back, one-shotting his opponents with a simple punch. Although he is blind, being an Esper has proven to be a great advantage to this otherwise serious fighting weakness. Shimazaki feels his surroundings’ powers and movements, and truly only feels threatened when faced with Mob’s aura.

Always accompanying Toichiro, the leader of the Claws, Serizawa is very simply put, his bodyguard. Considering that Toichiro is a very wanted criminal, he definitely needs someone incredibly strong by his side, and that’s where Serizawa comes in. Stopping Sho’s incredibly powered-up attack on Toichiro with an umbrella alone, in the manga the leader of the Claws admits to Joseph that Serizawa is by far the strongest out of the Ultimate 5. While holding back, he also one-shots the opponents he faces, other than Shigeo, even if he decently holds his own against Mob.

A fan-favorite among every Mob Psycho enthusiast, Dimple is a self-proclaimed upper-class evil spirit. Obviously immediately defeated by Mob, he decides to align himself and help our protagonist, though it is to selfishly take advantage of Mob. This ought to give the viewer the idea that although strong, Dimple has quite a few weaknesses. Nevertheless, he had an unfair fight with Mob considering the protagonist was fighting at 100%. This character, even though often used as comedic relief, has numerous powers that are seen throughout the anime, including shooting laser beams out of his hypothetical mouth, shape-shifting any body part into an object, unmatched regenerating abilities, and also mass-hypnosis.

Considered once to be “The Greatest Psychic of the 20th Century,” Keiji Mogami is a force to be reckoned with. Mogami and the spirits under his control are able to go back and forth and fight against 100% Courage Mob, one of the most efficient emotional states Mob can fight in. During this absolutely enormous battle, Mogami demolished Mob’s soul, causing Shigeo to enter his famous ???% state. He also easily obliterated Minegeshi with his own plants and defeated Dimple at his prime. Mogami is also the first character to actually fight back against Mob at 100%, and pressure him in battle, causing Mob to admit Mogami is stronger than he is, up to that point at least.

Founder and leader of Claw, Toichiro is one of the most powerful individuals in Mob Psycho 100. Alongside Mogami, Toichiro is one of the characters that went against 100% Mob, without hesitation. He manages to defeat several of Mob’s emotional states, even overpowering 100% Courage Mob. Shigeo, however, was already becoming acquainted with absorbing energy surrounding him, and growing more powerful as he fought Toichiro, his strongest opponent to date. Toichiro can also power up a large group of humans, making them as strong as scars and in 20 years, the leader of Claw had never encountered anyone as strong as he is, thus making him surely one of the strongest characters in the anime.

It comes as no surprise that Mob is the strongest character in Mob Psycho 100 (to date, at least). Unknown percent Mob is undoubtedly the most spine-chilling version of Shigeo. Although Mogami and Toichiro fight against 100% Mob rather easily, ???% Mob is just blatantly far more powerful than everyone else, annihilating everyone coming his way. In the manga, Toichiro even runs away when faced with ???% Mob, candidly admitting that he has yet to reach Shigeo’s level. In his basic state, this high school student can easily cause distress to even the strongest characters in Mob Psycho 100, including Shimazaki and even Serizawa; however, it isn’t until Shigeo awakens in his Unknown Percentage state that characters such as Mogami and Toichiro become vastly inferior to him.

There are quite a few characters who could have easily made the list, including Ritsu, Mob’s younger brother, but that will be explored more in the upcoming new season of Mob Psycho 100, which is set to air in October on Crunchyroll.