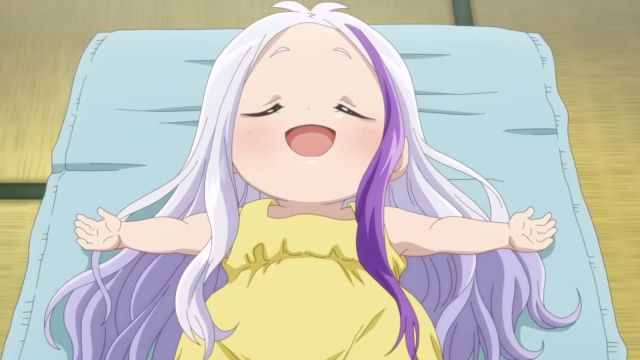 Ever since The Devil is a Part-Timer was renewed for a second season, fans were introduced to this new character named Atlas Ramus. At first glance, she’s just a small kid who was probably added due to fan service, as a way to make Emi and Sadao Maou close, but in reality, this child plays a bigger role than just being the group’s infant.

Season two of The Devil is a Part-Timer attempts to make Sadao and Emi work together as allies as they try to resolve past beef. At the same time, the two continue to play the role of hero vs. villain. As more angels from Ente Isla enter Japan, the two, along with their friends and comrades, have to work together to protect the normal citizens of Japan from a war that was meant to be self-contained elsewhere.

Who is Atlas Ramus?

Despite appearances, Atlas Ramus is not just some ordinary child. While she may be the “appointed daughter” of Sadao Maou and Emi Yusa, she plays a bigger role than just a “loli anime character.” This young child is actually a fragment of Yesod, a piece that forms the Tree of Life.

Fragments of Yesod have scattered across Ente Isla thanks to the angel, Lailah, as she wanted to preserve the Tree of Life from angels overusing its power. The fragment that contained Atlas was given to Sadao Maou 300 years before he became king of the Demons. He was rescued by this angel and given a purple crescent-shaped crystal that he kept safe in his castle. After he left with Ashiya, Lailah entered and sent the shard to Earth, where it would find its way to Sadao and Emi.

While Atlas mostly takes the form of a child, she actually plays a bigger role in the world of Ente Isla. While the main characters don’t truly know Atlas Ramus’ true origins, they have agreed to protect the child at all costs.

The Devil is a Part-Timer is now streaming on Crunchyroll.