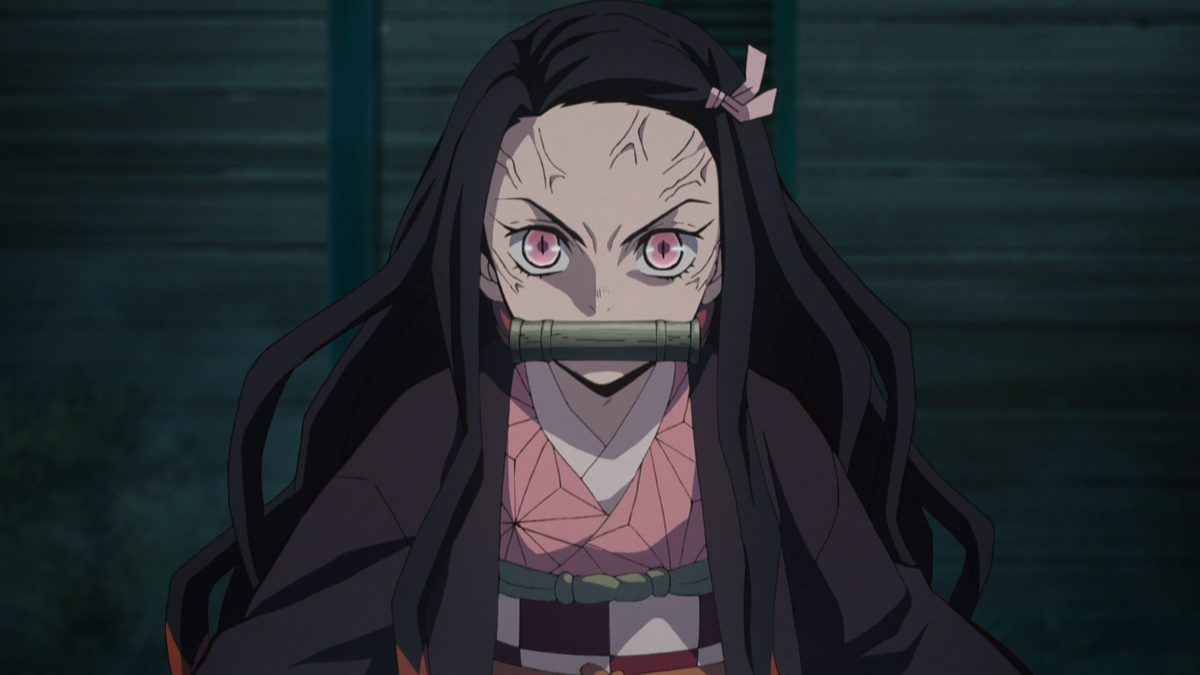 Warning: The following article contains spoilers for Demon Slayer: Kimetsu no Yaiba seasons one and two.

There’s no one more interesting than a heroic character with a dark edge. Someone who stays on the straight and narrow, but who nevertheless experiences moments of hardship in achieving their goal (especially owing to a tragic circumstance outside of their control), is fascinating to watch. This is exactly what deuteragonist Nezuko Kamado brings to the table in the popular anime Demon Slayer: Kimetsu no Yaiba.

Although she’s generally kind and considerate, Demon Slayer‘s Nezuko is a far cry from your stereotypical weak and defenseless damsel, being courageous and powerful enough to stand in battle alongside her older brother Tanjiro. And if you’re interested in the series, there are probably things you’d like to know about this black-haired, pink-eyed badass. To satisfy some basic curiosities you may have, we’ve provided some helpful answers below to questions about the enigmatic star of the series.

How old is Nezuko?

Although she takes a lot of responsibility for her younger siblings, Nezuko is only 12 years old (just a year younger than Tanjiro) at the start of Demon Slayer‘s first season. However, by the third episode, she has turned 14.

How tall is she?

Throughout most of Demon Slayer, Nezuko stands at 5’2”, making her three inches shorter than Tanjiro. Despite her relative shortness, she’s very strong and agile, coming across as a worthy opponent in battle.

When was she born?

Hailing from the Taisho period in Japan, which ran from 1912-1926, Nezuko was born on December 28. Interestingly, that makes her a winter baby as opposed to Tanjiro being a summer one.

What are her powers?

Having been turned by high-ranking demon Muzan Kibutsuji, Demon Slayer‘s Nezuko boasts an impressive range of demonic powers. Unlike other demons, she doesn’t need to consume blood to survive, instead relying on sleep to restore her strength. Later in the series, she also develops immunity to sunlight, a force of nature that’s destructive to other demons. Furthermore, she’s skilled in hand-to-hand combat, often using her legs and nails to attack foes.

Nezuko’s demonic powers include possessing extraordinary size-alteration capacity, immense physical strength, and swift regenerative abilities. She also has control over her own bloodstreams and can utilize a Blood Demon Art known as Pyrokinesis, allowing her to exude and control pinkish flames (created by her blood) that are harmful to other demons as well as demonic objects. Her advanced demon form gives her an adult-like appearance and enhances her already great physical powers, raising her regenerative ability to mirror that of high-ranking demons.