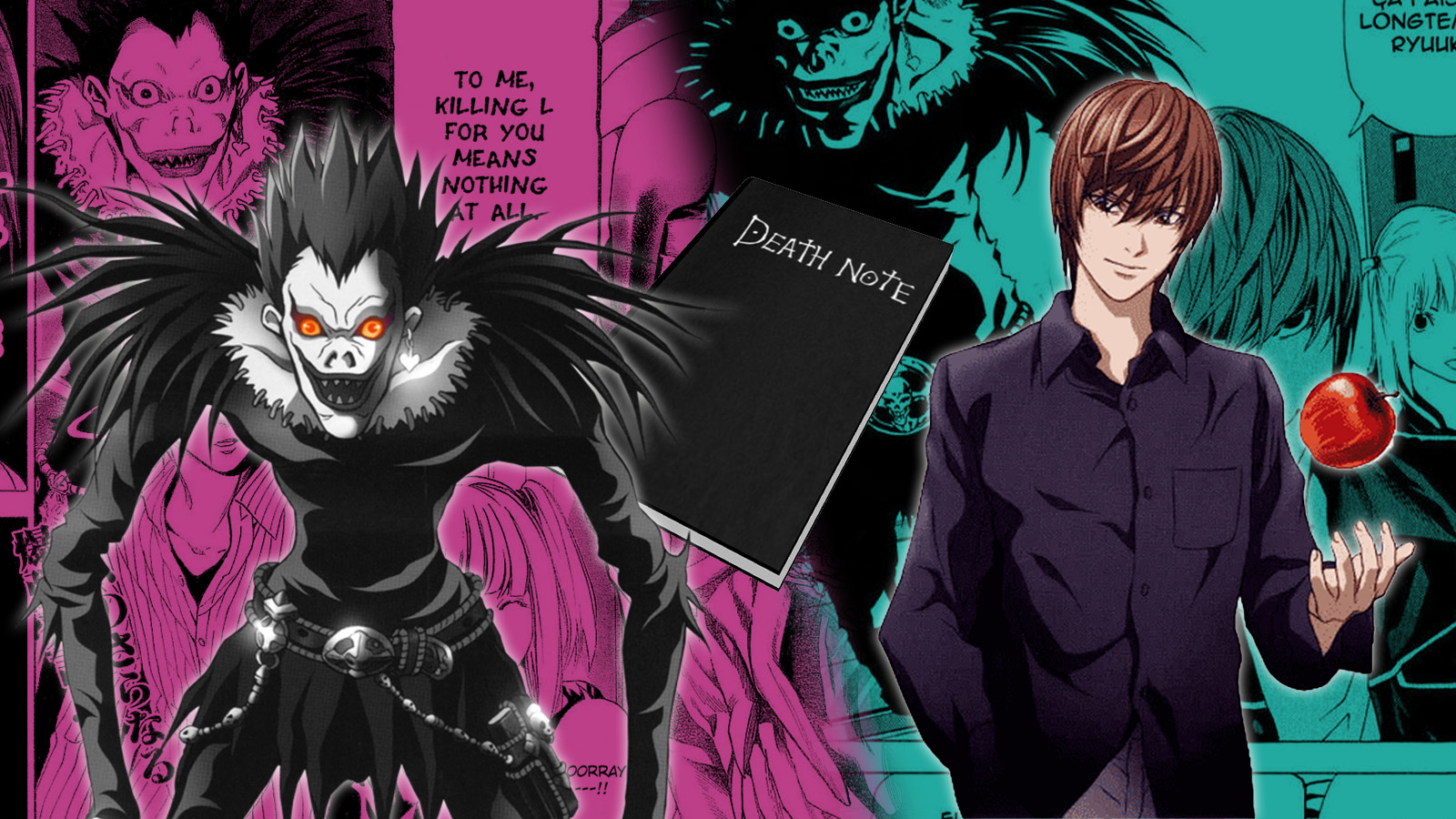 Death Note is an anime and manga series created by Tsugumi Ohba. The manga lasted for 108 chapters while the anime lasted 37 episodes. The series followed high schooler Light Yagami and the death demon, the Shinigami Ryuk, after Ryuk let his Death Note fall to Earth. The Death Note was a notebook, which in accordance with a set of rules was used to kill people. At the end of the series, Light’s name was written by Ryuk in the Death Note, killing him. But why did the Shinigami kill the human who found their Death Note?

The user of the Death Note would be able to kill anyone as long as they were able to write down their name and as long as they knew what they looked like. One would simply write down someone’s name and picture what they looked like, then the person would die less than a minute later. The writer could add a time or a cause of death, or even instructions to control a person before they died.

When Light Yagami found the Death Note at the beginning of the series, he immediately put it to use, filling the notebook with the names of criminals around the world. It only took Ryuk five days to check up on his little game. He ventured into the human world and confronted Light who had at this point written many names in the Death Note. This is where the bond between Ryuk and Light took form, but if the Shinigami was fond of Light, why did he end up killing him?

In for a penny, in for a pound, Light did not stop using the Death Note, unaware of exactly when or if he would be caught, or when he would die, eventually believing himself to be God of the New World. What he did not realize at the time was that Ryuk knew exactly when Light would die. Ryuk gave Light an opportunity to obtain the Shinigami eyes when the series progressed. But the deal was that if Light took the eyes he would lose half of his remaining lifespan. Light refused and Ryuk revealed that the reason the eyes were so important was that anyone who possessed Shinigami eyes could see a person’s name above their head. What’s also important is that a person with the Shinigami eyes can also see other people’s lifespan, meaning Ryuk knew exactly when Light would die.

Knowing people’s names would become important to Light, as he didn’t know the identity of L, the detective who took up the case of the serial killer Kira, who was actually Light. But still, Light had refused the eyes, however luckily for him, he didn’t end up needing them. Kira had a fan, Misa Amane. Misa got her hands on a second Death Note from another Shinigami named Rem. Misa made the Shinigami eye deal and could therefore see the names and lifespans of any human she saw. Eventually, after teaming up with Light, she saw his name. Rem could see human names as well though, and she was eventually tricked into writing L’s name in the Death Note, killing him and ending her own life as well.

L’s death left a void to fill as someone needed to catch Kira, and it was briefly filled by Light himself before a man named Near revealed himself. Near had been studying the case for years and knew L as they were raised in the same orphanage. Of course, Light found ways to outmaneuver Near, even as Near started to suspect that Light was Kira. It all ended in a standoff between Light, the task force that was assigned the Kira case, Near, and a Kira plant that Light had set up to write names in the Death Note, named Teru Mikami. Unfortunately for Light, this is where his plans would come to an end and where Ryuk would write his name in the Death Note, ending his life.

The subject of Light’s death was actually one of the ways that the anime differed from the manga. In the manga, Light asked Ryuk to kill Near and the task force members, realizing that there was no other way for him to win. Ryuk realized that Light had no chance of succeeding without the Shinigami’s help so he finally ended the little experiment he started. Ryuk wrote Light Yagami in the Death Note, and Light died, devastated that the Shinigami seemingly betrayed him. In the anime, Near had uncovered that Light was Kira when Teru disobeyed Light’s orders. Matsuda shot Light when Light attempted to kill Near by writing in the little piece of the Death Note he had hidden in his watch.

Light managed to escape but was heavily bleeding out. Ryuk saw that he was bleeding and would most likely die from his wounds. But Ryuk decided that if he was captured, Ryuk would have to wait around for Light’s eventual death in prison, which Ryuk deemed boring. Seeing the situation as a lose-lose, Ryuk reminded Light of what the conditions of the Death Note were and wrote his name in the Death Note.

The interesting thing about both of these endings is that neither took into account that Ryuk could see the lifespan of any human, so he could plainly see when Light was destined to die. Of course, it might just be that the lifespan that was written correlated with when Ryuk killed him, but whether or not that was the case is unconfirmed.

Ryuk had told Light what was destined for him from the beginning, all humans must die and any human who took possession of a Death Note had their name written down in the book by a Shinigami. But the look on Light’s face in the anime and the manga showed that he couldn’t help but feel betrayed as he lay there dying, about to go to neither heaven nor hell, putting an end to his adventures in Death Note.