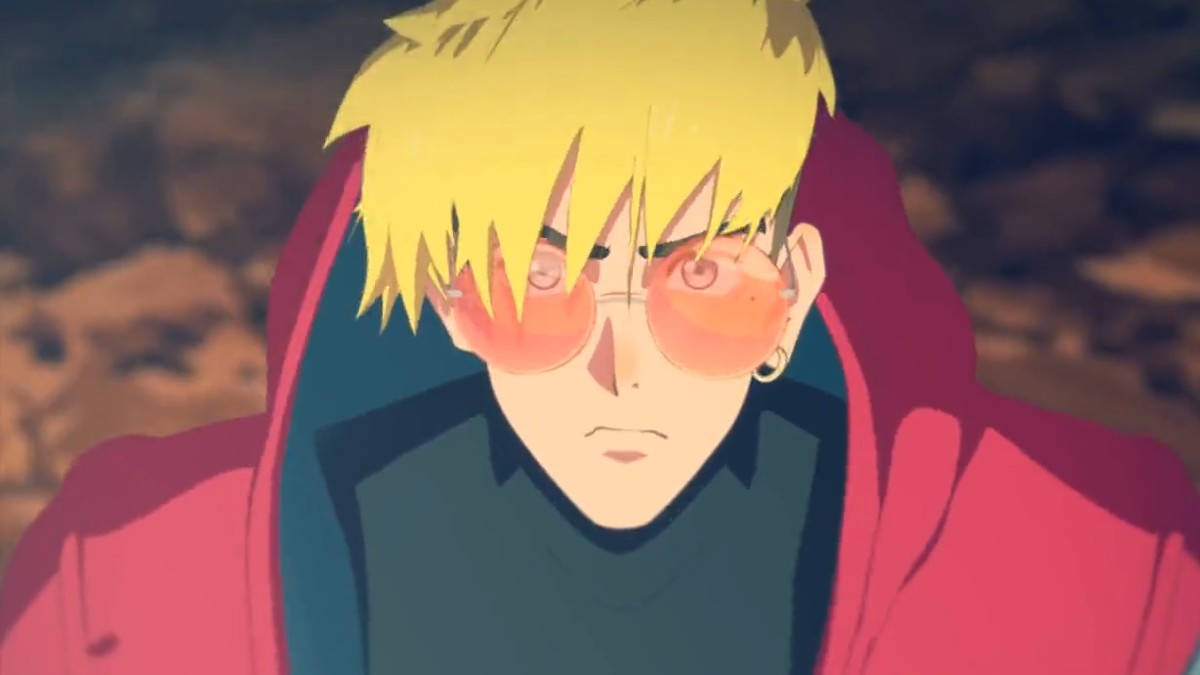 A beautiful CGI rendering, Trigun Stampede reintroduces Vash the Stampede, a skilled gunman who always seems to come out on top, but he’s been given an unnecessary moniker.

The series begins with the destruction of a spaceship that a young Vash and his twin brother, Nai, were on. They escape in a spacecraft, travel through the debris, and come to the planet, Noman’s Land. It jumps to the future where reporters Meryl Stryfe and Roberto are driving through the scorching desert and listening to November Public Broadcasting’s satellite news that reports on the JuLai government’s new most wanted fugitive. This fugitive is considered a person of interest in a series of mass murders, and the government is asking people with information to reach out. This “Humanoid Typhoon” they’re referring to is actually Vash, but there’s more to the story than what the government wants people to believe.

The battery in their vehicle dies, and the tworeporters have to walk to their destination. Meryl wonders if the Humanoid Typhoon actually exists. Roberto shows her a newspaper with an exaggerated illustration of Vash looking like a true madman. He’s laughing maniacally with a mouth full of sharp teeth. Roberto calls him a walking disaster and reveals that that’s how he got his dastardly nickname. Meryl isn’t so quick to believe him because, in her opinion, people aren’t monsters.

They soon find out for themselves when they come to a town and see three people hanging upside down. One of them is Vash, and when he slowly turns around, he’s laughing maniacally…kind of like that illustration, but he explains himself after he’s untied. Vash confesses that he’s not much of a fighter despite the rumors and his cybernetic arm. Meryl and Roberto are confused about him being a gunman and not a fighter, but Vash in his previous incarnations has been more of a pacifist. He tries to avoid killing his enemies whenever he can and will disarm them before resorting to violence.

The JuLai military police arrive as Vash hides, and they ask Meryl and Roberto if they’ve seen Vash the Stampede. The MPs claim that he’s killed people all over and destroying production plants. He’s considered such a danger that there’s a bounty on his head for $6 billion, but it’s not enough to convince Meryl (who’s eyeing an exclusive interview), and she points the MPs in the wrong direction.

It turns out that Vash has been telling the truth about who he is when the three of them travel to a bar in the western city of Jeneora Rock. There, they meet a bartender named Rose who knows Vash. She confirms that he saved the whole town by fixing their processing plant and vouches that he is actually a good guy, proving that it’s all been anti-Vash propaganda. He’s asked to look at the town’s defunct water processing plant, and he gets into a battle against the military police and saves the town once again.

You can stream Trigun Stampede on Crunchyroll and HULU now.