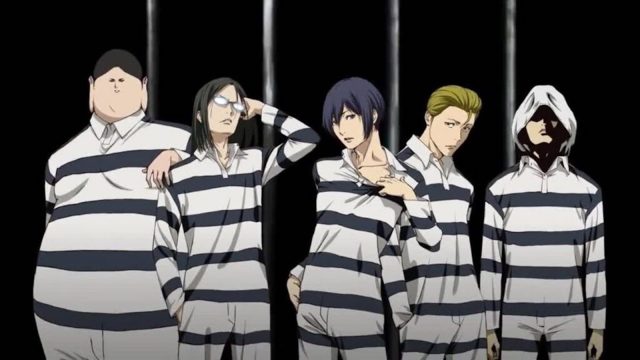 Viewers around the world watched the first season of Prison School back in 2015 where they were introduced to Kiyoshi Fujino and his four friends: Takehito Morokuzu, Reiji Andou, Jouji Nezu, and Shingo Wakamoto. The five boys made headlines as they were the first boys to be admitted to Hachimitsu Academy, a once all-girls’ academy that is amongst the hardest to get into, as well as one of the strictest in all of Tokyo.

The academy still uses draconian laws, which means that even if you do something slightly wrong, you are punished by serving time in the school’s prison. After committing the crime of voyeurism in the school’s bathroom area, the boys are faced with a choice: either be expelled from the school, or serve a month within the school prison. The boys decide on doing time in the prison where they immediately begin plotting their escape.

Will a second season of Prison School take place?

So far there has been no announcements of a second season, however there has also been no indications that Prison School is going to be cancelled.

As is the case with some anime shows, there are long breaks that can take place between seasons, so the fact that nobody has outright cancelled the show should at least be seen as positive news.

What could take place in the second season?

One of the many fan theories out there is that season two of Prison School could focus on how the boys would adjust to their new surroundings and whether they could conform to the strict rules. Another theory is that the series could focus on the other characters in the school prison and what they would do if they were released.

Season one of Prison School concluded with many cliffhangers that left fans asking many questions. The fact that there were so many cliffhangers should indicate that the writers at least have some sort of thought about continuing the series.