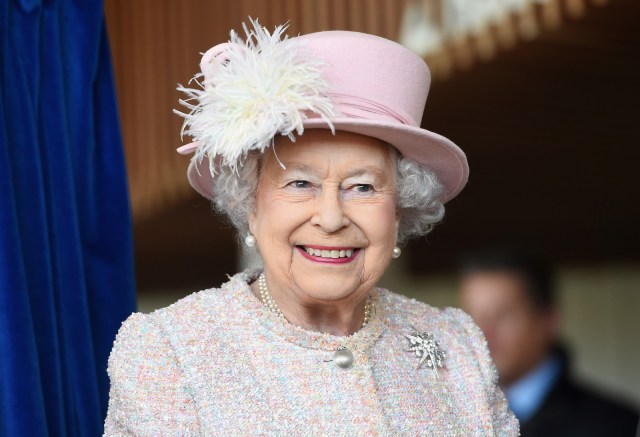 Elizabeth II ascended to the British throne on February 6, 1952, following the death of her father, King George VI, from coronary thrombosis at age 56. Little did anyone suspect at that time that she would reign for 70 years until her passing this week at age 96. Just to put that into perspective, 70 years from now is 2092. No doubt that many things will be different then (you heard it here first!), so what exactly was different way back in 1952?

Here’s a rundown of the entertainment world 70 years ago, including movies, shows, music, sports, and even some other odd pop culture things as well as the really envious price of gas.

Tony the Tiger debuted, insisting that Frosted Flakes are “Greeaaaaaat!”

Mr. Potato Head was sold for the first time, becoming the most popular toy of the year and first toy to be advertised on American television.

Scrabble became the most popular board game, thanks to the president of Macy’s playing it for the first time and then insisting on selling it in Macy’s. The game had existed for 14 years, but was not popular before.

The most fashionable ladies of the day were Lauren Bacall, Ava Gardner, and Doris Day, among others.

The Today Show debuts in America on NBC.

Mad Magazine is published for the first time.

I Love Lucy is top TV show in America and premieres its second season with famous “chocolate factory” scene.

The best selling books were The Silver Chalice by Thomas B. Costain, The Caine Mutiny by Herman Wouk, and East of Eden by John Steinbeck.

The cost of one gallon of gas was 20 cents.

The bar code was invented. Yes, the ID for items we buy was predated by the reign of Queen Elizabeth II by several months.

The Diary of Anne Frank was published in English for the first time.

The Holiday Inn was founded.

1952 was big in music because it was the year that the UK Singles Chart debuted. Introduced by NME (New Musical Express), it predated the Billboard Hot 100 by 5 years, though Billboard was doing a Music Popularity Chart at the time and a year-end chart. The UK Singles Chart was only a top 12 (man, that unlucky #13).

Can you guess the first ever #1 song in Uk singles chart history? The song topped the first ever chart list released on November 14, 1952 and stayed at #1 for 7 weeks. It was Here in my Heart by Al Martino.

#3 – Somewhere Along the Way by Nat King Cole

#4 – The Isle of Innisfree by Bing Crosby

Ironically, as you may have noticed if you’re into music history, the top 5 of the first-ever UK singles charts consists entirely of Americans.

Other big musical acts throughout the year of 1952 include B.B. King, Frank Sinatra, The Dominoes and Eddie Fischer.

The top 3 Billboard year-end singles of 1952 include:

Box office receipts weren’t really tracked in 1952 the same way they are now. Perhaps the most memorable film that was in theaters in 1952 was actually originally released in 1937. Snow White and the Seven Dwarfs was re-released in ’52 to commemorate its 15th anniversary and became one of the top ten grossing films of the year.

Here are the films that are believed to be the top 5 biggest money-makers of ’52:

#2 – The Snows of Kilimanjaro

Of course, those Oscars award the films of the previous year. The 25th Academy Awards, whcich took place in 1953, celebrated the films of 1952. Those winners are:

The reigning World Cup champions were Uruguay after their historic 2-1 win in the 1950 World Cup final against host nation Brazil.

Here’s a list of other recognizable champions in sports in 1952:

NBA Finals: The Lakers, then in Minneapolis (hence their nickname) defeated the New York Knicks 4 games to 3 and beat them again the following year. They moved to Los Angeles in 1960.

NHL Stanley Cup: Detroit Red Wings became first team to go perfect in the playoffs, concluding with a 4 games to 0 series win over the Montreal Canadiens, who scored just two total goals in the finals.

NFL: Bobby Layne won his first NFL title as he led his Detroit Lions to victory over the Cleveland Browns in Cleveland by a score of 17-7. The game is best remembered for Doak Walker’s spectacular 67-yard touchdown run in the third quarter.

Boxing: Rocky Marciano knocked out Jersey Joe Walcott with one of the greatest right hand punches of all-time to become the Heavyweight Champion of the World. Meanwhile, the legendary Sugar Ray Robinson lost his bid for the Light-Heavyweight crown as he suffered the only KO of his career, which was really a TKO stoppage, falling to exhaustion under the 104 degree temperature of Yankee Stadium and to champion Joey Maxim.

The 1952 Olympics took place in Helsinki, Finland. The United States won the most medals with 76 and also the most gold medals with 40.