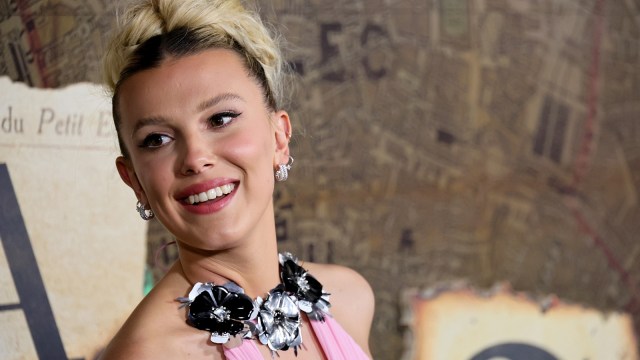 There’s nothing better than starting off a Friday knowing that Millie Bobby Brown — Netflix’s powerhouse with both Stranger Things and Enola Holmes — is in fact an ordinary albeit globally famous human being who eats, sleeps and lies. Suddenly, all the little white lies we’ve ever told don’t feel so catastrophic anymore. In a recent lie detector test conducted by Vanity Fair, Millie Bobby Brown spilled the beans about her life, her career, her co-stars and her beliefs about the Earth’s sphericity.

After getting strapped to a polygraph, Brown was asked to calibrate the machine by answering straightforward questions such as her full name, birthdate, place of birth, and whether she knows how to speak Spanish, which — spoiler alert — she doesn’t. We can see the sweat beads gathering on Brown’s forehead with our naked eye as the interviewer delves deeper into her most intrusive thoughts. Brown was asked whether she believes Henry Cavill to be a better Sherlock Holmes than the likes of his predecessors Robert Downey Jr. and Benedict Cumberbatch. Let’s just say that the majority won’t agree with Brown’s answer.

Then, the questions migrated from her Enola Holmes co-stars to her Stranger Things ones. In a rather devastating moment for Brown, she was asked whether Finn Wolfhard — who plays Eleven’s boyfriend Mike Wheeler in the show — is a good kisser, to which she replies with a definitive ‘not.’ Ouch. She elaborated, saying that she didn’t mind if Wolfhard found out, but hammered home that he hasn’t improved his skills in the time they’ve been filming Stranger Things together. Double ouch. Additionally, she admitted that Noah Schnapp’s bowl cut as Will Byers “looked good” (wherein she was caught in a lie) and that Sherlock Holmes was a better detective than Jim Hopper. She doesn’t care if David Harbour finds out, either. Cutthroat, Millie.

Perhaps the most interesting question, however, comes halfway through the video. It is revealed by the interviewer that Millie —when she was 14 years old (four year ago) — said on a Tik-Tok live that she thought the Earth was flat. Brown ashamedly admitted that yes, she did say that. When asked if she still shares the same opinion as her four-year-younger self, she responded “no,” which was found to be the truth.

However, and this is a big however, Brown’s final question was: “At any point, did you lie during this interview and we didn’t catch you?” She responded, “yes,” and was found to be telling the truth. So do with that what you will. Watch the full interrogation here.