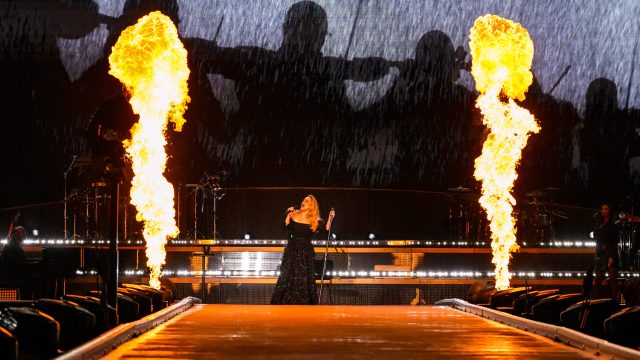 Adele is no stranger to success. The British superstar has continued to achieve unimaginable feats with her soulful, tear-inducing music. With a career full of highs, she recently opened up about a very low moment — having to cancel her much-anticipated Vegas residency a day before her first show.

In an emotional interview with ELLE for the September issue, she finally spoke about the ordeal, sharing that the entire residency had “no soul in it,” and cancelling was “the worst moment in my career, by far.”

“It was the worst moment in my career, by far. I was so excited about those shows. It was devastating. There was just no soul in it. The stage setup wasn’t right. It was very disconnected from me and my band, and it lacked intimacy. And maybe I tried too hard to give it those things in such a controlled environment.”

The “Easy On Me” singer admitted that the months following the cancellation were “really, really hard” and that she was embarrassed. However, in true Adele fashion, she has no regrets as it made her become much more confident in herself.

“The first couple of months was really, really hard. I was embarrassed. But it actually made my confidence in myself grow, because it was a very brave thing to do. And I don’t think many people would have done what I did. I’m very proud of myself for standing by my artistic needs.”

Adele is set to kick off the newly-scheduled residency on Nov. 18, and it will run until March 25 for 32 shows. She shared the new dates on her Instagram page last month, sharing she was “more excited than ever” to hit the stage after figuring out logistics.

Those who had original tickets for the January and February shows are priority customers for the upcoming shows.