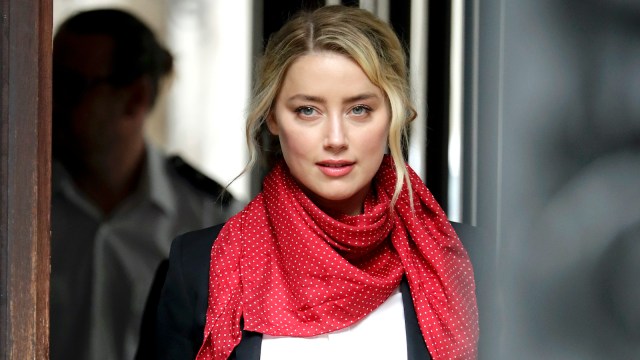 The princess of the underwater kingdom, also known as Amber Heard, has been spotted in a tiny Spanish town masquerading under a Wild West pseudonym.

News of Heard’s hiding comes courtesy of the Spanish newspaper, El Mundo, which reports that she is apparently living in a $2.7 million mansion in an undisclosed village on a Mediterranean island known as Majorca. Furthermore, the name listed on the house and the one in which Heard has adopted belongs to none other than the whisky-drinking, tobacco-spitting, sharp-shooting frontierswoman, Martha Jane Cannary, also known as Calamity Jane.

During her lifetime, Calamity Jane earned herself a reputation of embellishing facts into fiction, consuming copious amounts of alcohol, and lending her hardened heart to those in need. Like Heard, she faced a lot of backlash for her decisions in life, such as choosing to dress and identify as a man.

When studying the two lives side by side it’s understandable why Heard would want to flee to a foreign village in another country where nobody knows her face, her name, or has any idea of the ties she carries to the infamous American defamation trial with former husband and Hollywood legend Johnny Depp.

Heard’s life in America has been anything but kind in recent times, plagued by bad press and overwhelming disproportionate social media criticism compared to that of her ex-husband. After losing her defamation trial and being ordered to pay Depp more than $10 million, it was rumored that the former Hollywood sweetheart had gone bankrupt, landing herself a net worth of negative $8 million, thus making the purchase of a $2.7 million mansion on an island in Spain all the more baffling.

That being said, such claims have not been corroborated, and since she recently sold her home for seven figures and remains a cast member on Aquaman 2, she just may be able to recoup some of that financial loss yet. Of course, she has made it explicitly clear that she has no intention of accepting defeat, made evident by her appeal.

For now, it appears Heard is just cooling off on the sunny sands of Majorca island, buying time until she can defecate — ahem, we mean return — with a vengeance.