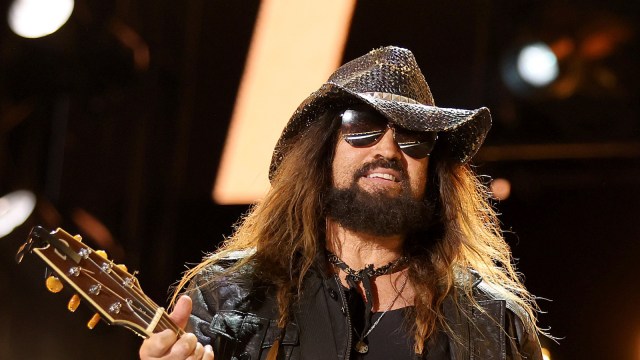 In October, Billy Ray Cyrus kickstarted his journey to give as many people the heebie-jeebies as he possibly could. The “Achy Breaky Heart” singer appeared to be engaged, but all rumors came to a halt when Cyrus officially confirmed his engagement to Australian singer Firerose.

In a recent interview with People, Cyrus confirmed the couple’s engagement, complimenting his bride-to-be as being “the real deal.” The couple met back in 2006 when Firerose auditioned for Hannah Montana, the series starring Cyrus’ daughter, Miley Cyrus. While in Tennessee, the duo met in what apparently was love at first sight, after Firerose had an audition for a part she did not get.

“I loved doing that show [Hannah Montana]. There’s a couple old pine trees on the lot that look like Tennessee. [My dog] Tex and I would go out there in the middle of the day and he’d take care of his business and we’d stretch and I’d think how much I missed Tennessee. On that given day, Firerose came out of the front door. There was almost a moment of, I don’t know, recognition. I was like, ‘This girl’s a star.'”

After their fateful meeting, the country crooner decided to step in and help the aspiring star, getting her in touch with any producer and executive he knew. “I think she met a lot of the cast and met the producers and writers. And, in some ways, well, in a lot of ways, we became friends,” he said.

The 61-year-old singer released their first duet “New Day,” in 2021, admitting that time marked the moment “[they] began sharing music, and it just evolved.” Cyrus even added that their relationship evolved from “musical soulmates to soulmates,” sharing that their bond was a “happy, pure love that to me, I didn’t know could exist.”

In 2021, at around the time their duet was released, Cyrus was going through a divorce with Tish Cyrus, with whom he’d been with for 28 years of marriage. The couple hadn’t lived together since 2020, as Tish cited irreconcilable differences as the reason for the divorce. At the time of their musical collaboration, Firerose shared that “Billy confided in [her] a lot of what was going on in his life,” she said, “I was just the best friend I could possibly be, supporting him.”

Firerose and Cyrus have a 27-year-age gap, with the Australian singer being 34 years old, just one year younger than Cyrus and Tish’s oldest daughter Brandy Cyrus, but the duo paid no mind to the age difference. The proposal occurred in August after Firerose moved in with the country singer to his farm in Franklin, Tennessee. “Billy looked at me and said, ‘Do you, do you wanna marry me?’ And I was just like, ‘Of course I do. I love you,'” Firerose explained, “He said, ‘I love you. I wanna make this official. I wanna be with you forever.'”

There have been reports that Cyrus and his children have been apprehensive about their father’s newest sweetheart, but Cyrus affirms that all of his children knew the divorce was on the brink of happening. As for the happy couple, there are no reports of when or where the couple will be tying the knot in the near future, but one thing is for certain: achy breaky hearts have turned icky.