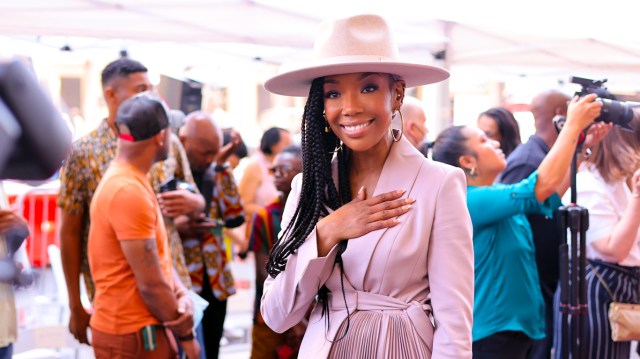 Singer and star of the sitcom Moesha, Brandy, is in the hospital after a possible seizure.

TMZ reported that the 43-year-old singer, whose full name is Brandy Rayana Norwood, is recovering in L.A. after an EMS call was placed from Brandy’s house around 12 p.m. on Tuesday. She’s in the company of her parents and her prognosis looks good.

Brandy’s had a long career over the years, but she recently wowed audiences with her rendition of the National Anthem at the NFC Championship game. She released her first album on Atlantic Records in 1994 and it sold six million copies.

Her debut single “I Wanna Be Down” reached number six on the Billboard Hot 100 singles chart. She’s won Grammys and numerous other accolades, and she became one of the most successful female R&B singers of all time during her peak period.

In 1996, she became even more popular as the star of the UPN show Moesha. The show quickly became the most watched on the network. Her brother Ray J, who would become notorious for an illicit tape with Kim Kardashian, was also on the show.

The song “The Boy Is Mine,” a duet with her contemporary Monica, became a number one hit in 1998 and was also the most popular and best-selling song of that year.

She served as a judge on the first season of America’s Got Talent before a car crash in 2006 in which a 38-year-old woman died. She was never charged with a crime.

As her music career died down she pivoted to more TV roles, but has released well-received music lately – her album B7 received critical acclaim. She also starred in the music drama show Queens in 2021, and showed the word how friendly celeb “feuds” are done by freestyling over Jack Harlow.

We’ll keep you posted as this story develops.

Brandy took to her Instagram story to update everyone on how she’s doing. She said she had to “rest” due to “dehydration” and “low amounts of nutrition.”

“To my beloved fam, friend, and starz thank you for sending love and light my way. I am following doctors’ orders and getting the rest I need due to dehydration and low amounts of nutrition. Thank you for your prayers and support. Grateful for you all, see you soon. [Heart emoji] [Star emoji].”