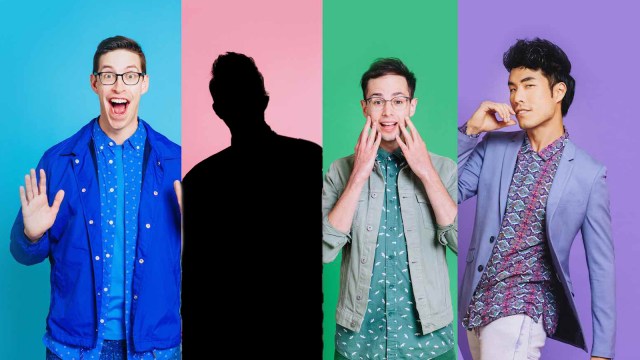 Image via The Try Guys

The Try Guys have officially announced that Ned Fulmer will no longer be part of the popular YouTube group, following recent cheating allegations that went viral on Reddit and other social media platforms.

The now-trio released an official statement on Instagram, stating that Fulmer is no longer working with them due to an “internal review.” They hope that fans continue to support them due to these changes.

“Ned Fulmer is no longer working with The Try Guys. As a result of a thorough internal review, we do not see a path forward together. We thank you for your support as we navigate this change”.

In response, Ned and his wife Ariel released a statement on social media about the changes. While neither Ned nor Ariel have confirmed if the cheating allegations were true, both stated how family was “important” for them. Ned also said that leaving The Try Guys would allow him to focus on his marriage and children.

Ned has apologized to his wife and to the guys in the group for “any pain he may have caused.”

“Family should have always been my priority, but I lost focus and had a consensual workplace relationship. I’m sorry for any pain that my actions may have caused to the guys and the fans but most of all to Ariel. The only thing that matters right now is my marriage and my children, and that’s where I am going to focus my attention”.

In Ariel’s statement, she wished that people would respect their privacy as they navigate where to go next and for the sake of their children.

“Thanks to everyone who has reached out to me — it means a lot. Nothing is more important to me and Ned than our family, and we request right now is that you respect our privacy for the sake of our kids.”

A few weeks ago, fans noticed how in recent Try Guys content, Fulmer was edited out in a majority of the videos and was no longer in the intros of the videos or taking part in the podcast. This then led to a now-deleted Reddit post where it was alleged that Fulmer was spotted cheating with one of their co-workers.

The Try Guys started with Buzzfeed in 2014, before later splitting from the publication due to a variety of reasons. Following Fulmer’s departure, the only people left in the main cast are Keith Habersberge, Zachary Kornfeld, and Eugene Yang.

Since this announcement, The Try Guys rebranded their social media, where they removed references to Fulmer in the logo.