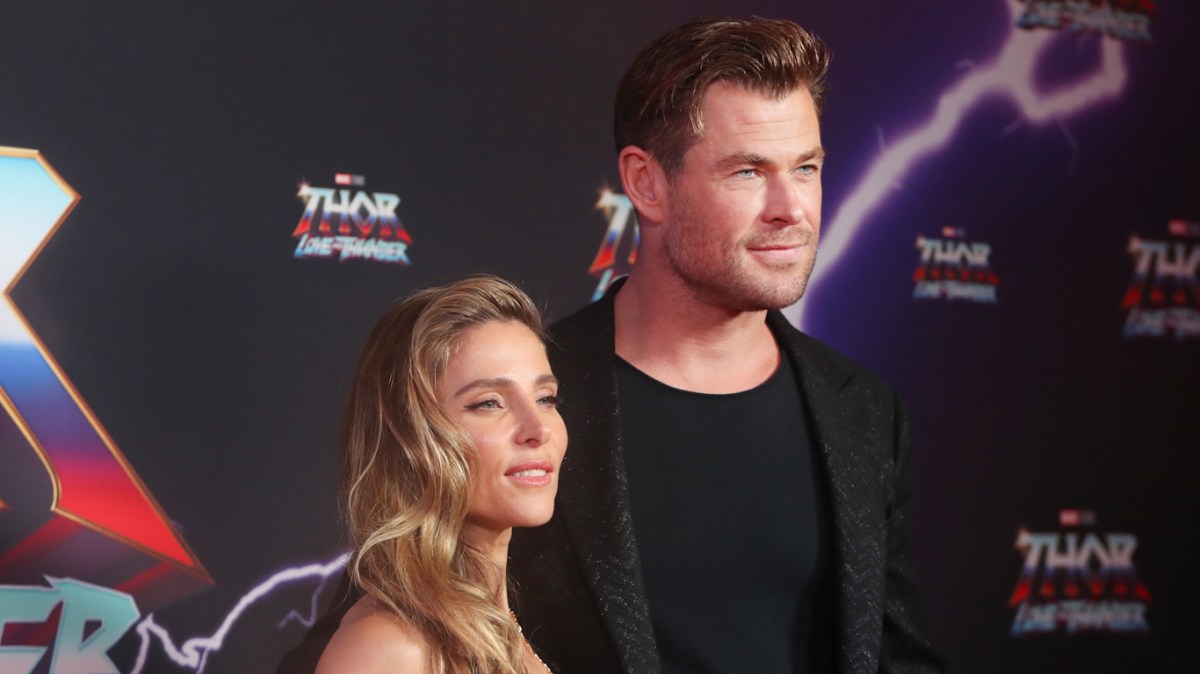 In his role as The Mighty Thor, one of the senior members of the MCU’s Avengers, Chris Hemsworth, has gone to battle with Thanos, Ultron, and even The Incredible Hulk. But on Twitter today, Hemsworth shared his most recent battle with another gigantic green monster: The ten foot Christmas spruce that Hemsworth and his wife, model Elsa Pataky, teamed up to crown with a big gold star.

“Last year we tried this but with me on Elsa’s shoulders… nor the tree or Elsa’s knees made it. After 12 months of preparation we finally figured it out. A star is born!!”

In the video, Pataky — who met Hemsworth the old-fashioned way, through his agent — climbs from a chair onto her husband’s shoulders, to the obvious delight of their children, while ominous off-screen chuckling of an unnamed man is heard, hopefully that of Chris’s brother, the actor Liam Hemsworth, as he holds the phone and records their antics.

Even on the shoulders of a man whose official height is listed as six-foot-three, Pataky strained to reach the very top of the tree, grabbing at the branches to force the summit of the mighty spruce to meet her halfway. But not even the Guardian of Asgard could get this tree to bend to his mighty holiday whim.

While the Men In Black: International star didn’t reveal where the video was recorded, judging by the summery green leaves outside of the floor-to-ceiling windows in the background, it was likely recorded at the Hemsworth manse in Broken Head, Byron Bay, Australia.