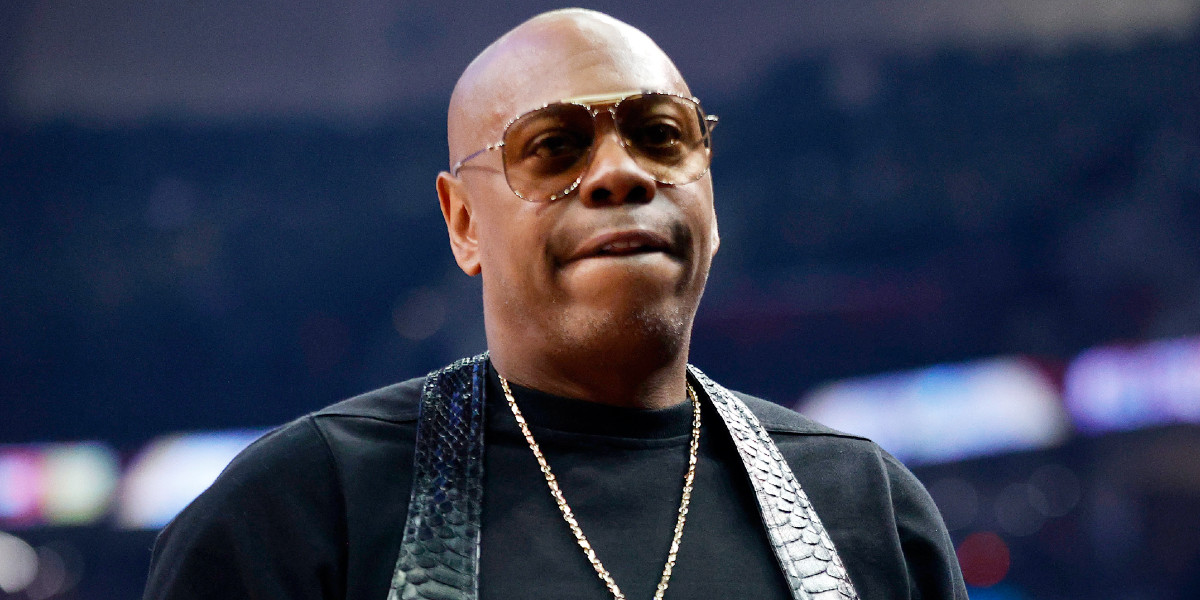 Onlookers at the Hollywood Bowl were shocked on Tuesday night when a man jumped on stage and tackled comedian Dave Chappelle while he was performing his set at the Netflix Is A Joke comedy festival in Los Angeles. And Chris Rock, who was also in attendance, used the wild incident to inadvertently make his first public comment (albeit in the form of a joke) about Will Smith slapping him at the Oscars.

According to TMZ, the attacker was pointing a replica of a semi-automatic gun with a knife attached as he charged the comedian. After getting back up, a “swarm of people” reportedly went after the man, who was running around the screen on the stage. As an eyewitness apparently put it: “The mob caught up with him and beat the crap out of him, stomping on him.” Jamie Foxx and Busta Rhymes even were said to have jumped into the fray, getting “a few licks in.”

The attacker was taken away by a stretcher in an ambulance and was later arrested and charged with assault with a deadly weapon. Chappelle, on the other hand, was fine and resumed his set, even managing to work in a joke at the expense of trans people while he was at it. Shortly after, Rock likewise made his way out on stage.

Rock has previously said of the Will Smith incident that he wouldn’t talk about it until he got paid. “I’m OK, I have a whole show, and I’m not talking about that until I get paid,” he said during a recent comedy set in Palm Springs. “Life is good. I got my hearing back.”

At the very least, Rock was able to provide a bit of levity to a moment that could have otherwise taken the entire comedy show off the rails.