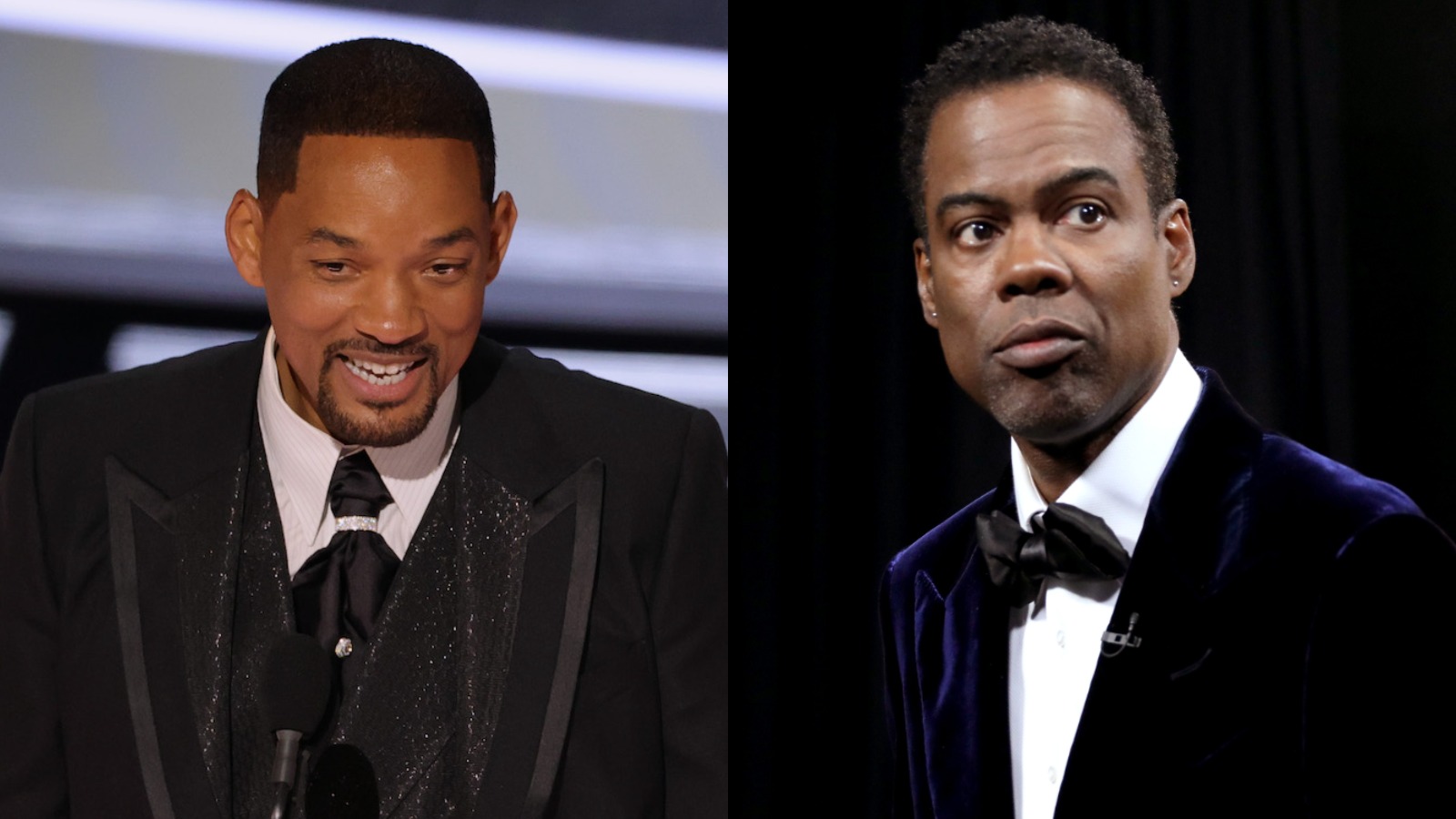 Chris Rock says he’s not going to comment on being slapped on stage by Will Smith at the 94th Academy Awards unless he gets paid. Per Desert Sun, Rock is on tour with his comedy show Ego Death and made the remark during a performance in Palm Springs, California, telling the audience:

I’m OK, I have a whole show, and I’m not talking about that until I get paid. Life is good. I got my hearing back.

The comedian stuck to his script and cracked jokes about Hilary Clinton and the Kardashians, as well as Meghan Markle and the British royal family. Rock studiously avoided the topic of the incident that took place at the 2022 Oscars where he was slapped by Will Smith after making a joke about Jada Pinkett Smith’s alopecia-induced baldness.

Rock did not press charges, nor has he commented on the slap. However, his younger brother Tony Rock has been openly critical of Smith. Comedian Paul Rodriguez, who co-starred with Smith in Ali, alleged that he experienced bullying from Smith daily while shooting the film Echoing Rodriguez’s sentiment, actor Harry Lennix published an op-ed in Variety, describing Smith as a “bully” and urging him to return his best actor statuette. Moreover, 9-time Oscar host Billy Crystal characterized Smith’s attack on Rock as “an assault.”

For his part, Smith received staunch support from Whoopi Goldberg, a governor of the Academy. He was also comforted by filmmaker Tyler Perry and Academy Award winner Denzel Washington, who Smith quoted in his acceptance speech for the best actor Oscar he won shortly after he slapped Rock.

If Rock is serious about getting paid to talk about his experience at the 2022 Oscars, expect to see him discussing it somewhere big soon.