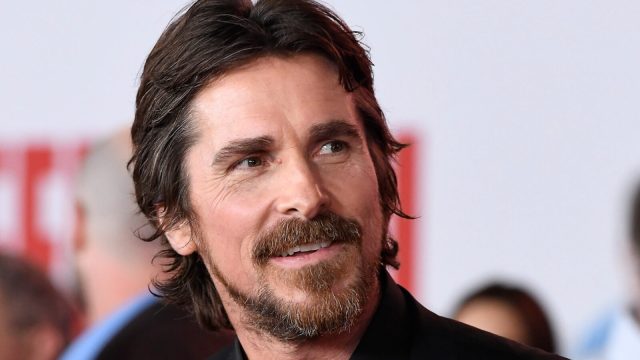 Christian Bale’s MCU debut has the superhero movie veteran back in conversations.

Bale has long been a staple of Hollywood, with a huge number of appearances that easily span genre lines. His early work largely saw Bale appear in dramas and historical films, before his enduringly popular performance in American Psycho made Bale a household name. In the decades since this career-defining role, Bale has taken on a hugely diverse array of projects. He’s played a drug addict, a cowboy, a tricky magician, and — of course — Batman. He’s allowed himself to change so much for different roles, in fact, that he is sometimes unrecognizable from one film to another.

A big part of this has to do with his weight. Bale is known to drastically alter his weight between movies, depending on the description and demands of a specific character. He dropped to a frighteningly skinny frame for films like 2004’s The Machinist before bulking up for other roles — sometimes within years of each other. His varied weights across films could be a study in and of itself.

We’re not going to detail each and every one of Bale’s more than 50 appearances across television and film, but we are going to zero in on a few particularly impressive transformations. Fans of Bale’s work may have found him rather diminutive — for Bale, at least — in Thor: Love and Thunder, but the 48-year-old actor was actually at a pretty average weight in the latest MCU flick. We’ve just become accustomed to his bulked up roles in films like the Christopher Nolan Batman trilogy.

See, Bale’s weight tends to remain steady at around 185 pounds, according to E News. This average means that the absolute lowest weight a nutritionist would recommend is around 145, but Bale has dipped far lower for certain films.

Take, for instance, this 2004 psychological thriller. The film places Bale in the role of Trevor Reznik, a machinist who’s chronic insomnia leads him to become frighteningly emaciated. Clips of Bale from the film show an upsettingly skinny version of the popular actor, complete with a drawn, gaunt face and a protruding ribcage. It is widely acknowledged as Bale’s most obvious physical transformation, one which saw the actor drop from his typical 185 pounds to a dangerously thin 121 pounds. He accomplished this via a risky, bare diet that consisted largely of daily doses of black coffee, an apple, and a can of tuna. Don’t try this at home, kids.

Bale pivoted from his bony, waifish appearance in The Machinist into the Dark Knight in just over a year. Christopher Nolan’s Batman was, predictably, expected to be bulky and muscular, and — despite the state of his body mere months beforehand — Bale pulled it off. He had an utterly criminal six weeks — six weeks — to transform his body from the emaciated Trevor Reznik into the toned and capable Bruce Wayne, and somehow Bale pulled it off. By the time screen tests for Batman Begins were starting, Bale was back up to an average weight. A few months later, when filming began in earnest, he’d made the journey from 121 pounds to a far more reasonable 215 or so. In fact, he packed on so much weight and muscle that he was forced to lose some of it for the role.

Nestled in between The Dark Knight and The Dark Knight Rises, the second and third Bale-helmed Batman films, Bale appeared in 2010’s The Fighter. The film once again demanded stark physical transformation, as Bale shifted from the muscle-bound Batman into the drug-addled Dicky Eklund. After his stark weight loss for The Machinist, dropping weight for The Fighter was a small task. He didn’t lose nearly the same amount for this award-winning role, but Bale did shed a good 30 pounds to pull off Mark Wahlberg’s thin, crack cocaine-addicted brother.

A year after he appeared in the conclusion of Nolan’s Batman trilogy, Bale packed on weight to portray con artist Irving Rosenfeld in David O. Russell’s American Hustle. Bale gained plenty of praise — and an impressive belly — for the role, which saw him flawlessly blend his talent with that of Amy Adams, Bradley Cooper, and Jennifer Lawrence. Yet another stunning Bale transformation was required for the film, which pushed Bale to add a good 40 pounds to his typically-lean physique. He told USA Today that he went from his usual 185 to a far weightier 228 for the role, well earning the high praise he gained along the way.

A few years after American Hustle dazzled audiences, Bale was back as yet another robust character. This time, he was playing Dick Cheney in 2018’s Vice. The film followed Bale as the former U.S. Vice President, and required him to once again pack on weight for a film role. He once again gained a solid 40 pounds — on top of his typical 185 — to play America’s 46th Vice President. The role also saw Bale transform in more ways than one, shaving his head and bleaching his eyebrows on top of the weight gain, a process that resulted in an almost unrecognizable Bale.

Bale’s latest film saw the beloved actor officially join the MCU — albeit for a short time. Bale appeared in the latest Thor release as Gorr the God Butcher, a powerful and vengeful man who aims to rid the world of all gods. While he may have appeared rather thin in the role — which largely presented him as a scarred and uniquely pale man who’s on a slow march toward death — Bale is actually at a pretty average weight in the fourth Thor film. He clocks in at close to his 185 average, despite the monochrome-heavy filming style’s ability to emphasize his every angle.