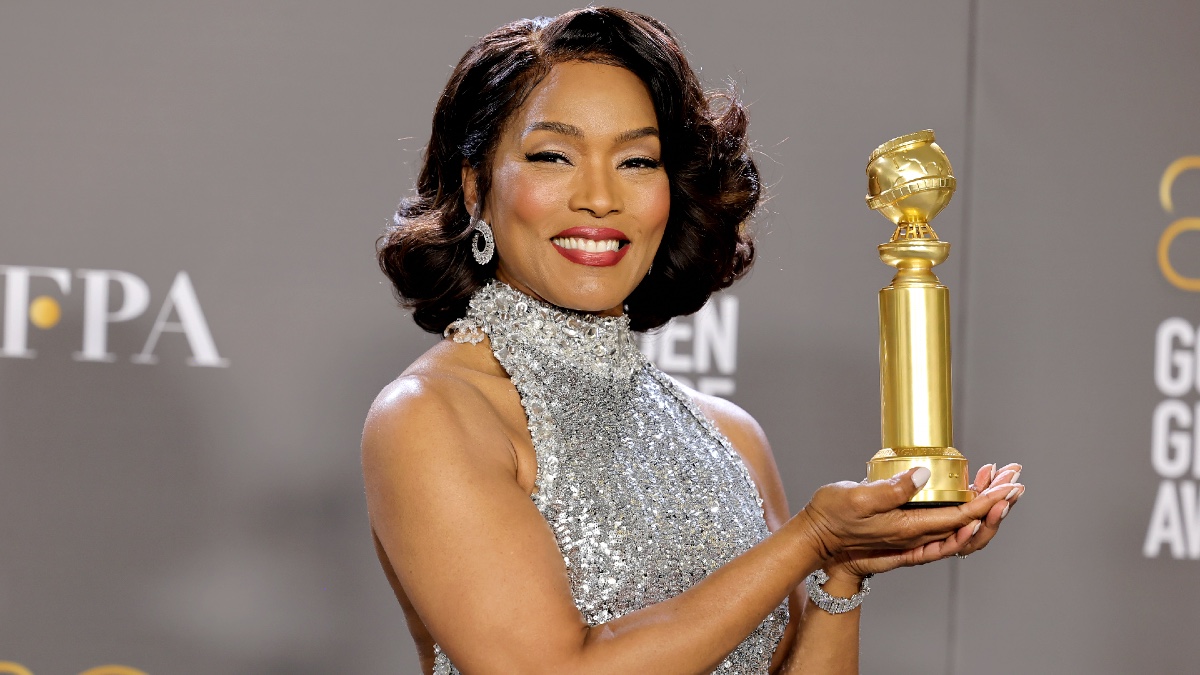 Angela Bassett made Golden Globes history on Tuesday night by winning Best Supporting Actress in any Motion Picture for her role as Queen Ramonda in Black Panther: Wakanda Forever, making her the first artist to win an acting award for a Marvel film. And no one could apparently be more happy for Bassett than her husband of over 25 years, actor Courtney B. Vance.

As the 64-year-old took the stage to accept her award, Vance was seen in the audience recording his wife’s acceptance speech on his phone, like the perfect doting husband. “Get you a man that supports YOU like Courtney B. Vance supports Angela Bassett!!!!” tweeted one viewer, who happened to catch the adorable moment.

Bassett and Vance go back a long time — the couple first met in their days as students at the Yale School of Drama, but didn’t become an item until over a decade later when their paths crossed again in Los Angeles. They were married in 1997 and share twins together, son Slater Josiah Vance and daughter Bronwyn Golden Vance.

This was Bassett’s second Golden Globe nomination and second win since 1994 for her role in the Tina Turner in the biopic What’s Love Got to Do With It? During her speech, she also paid tribute to late actor Chadwick Boseman, who starred in the first Black Panther movie before succumbing to a battle with cancer in 2020.

“We embarked on this journey together with love,” Bassett said during her speech. “We mourned, we loved, we healed, and we were surrounded every day with the light and spirit of Chadwick Boseman, and we have joy in knowing that with his historic Black Panther series, it is a part of his legacy that he helped to lead us to.”

The moment marked an incredible night for Bassett, as well as everyone who worked on the Black Panther films.