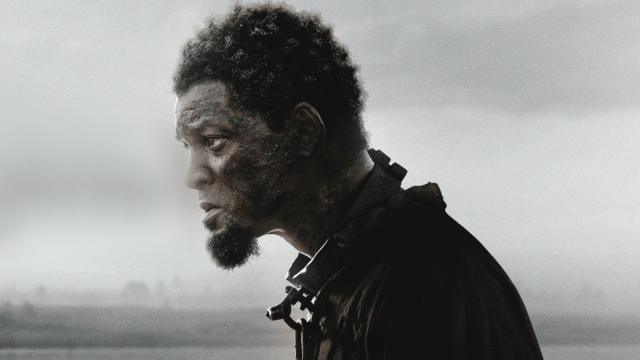 Will Smith threw together a private screening of his upcoming Apple TV film Emancipation. The screening was a small gaggle of who’s who in Hollywood, including Rihanna, A$AP Rocky, Tyler Perry, Kenya Barris, and the most unlikely of guests, comedian Dave Chappelle.

Chappelle recently returned from a European standup tour, co-headlined by none other than the recipient of Will Smith’s infamous Oscars slap, Chris Rock. Of course we’re not here to dictate which Hollywood megastar should be in cliques with which Hollywood megastar, or speculate whether there are cliques at all, but it was a surprising pairing nonetheless.

Chappelle was even the host of the event, according to Kenya Barris’ social media feed, who also held high praise for the upcoming film.

While Chappelle and Rock’s tour didn’t rely on the Oscars slap to sell its tickets, it was occasionally raised by both comics. Notably, Chappelle made a jibe at Smith’s expense, saying ‘he did an impression of a perfect man for 30 years.’

So it seems that Chapelle is simply in the business of being funny, and his and Smith’s relationship is separate from business, which is just lovely.

Meanwhile, Emancipation, directed by Antoine Fuqua, will be a sobering tale of a Black perspective on the American Civil War. The film follows a man named Peter (played by Will Smith), and his treacherous cross-country journey to find his family. It’s shaping up to be one of Smith’s career-defining roles, sparking Oscar discussion, which is a little bit awkward.

Emancipation will come to select cinemas on Dec 2, before it becomes widely available to stream on Apple TV Plus on Dec 9.