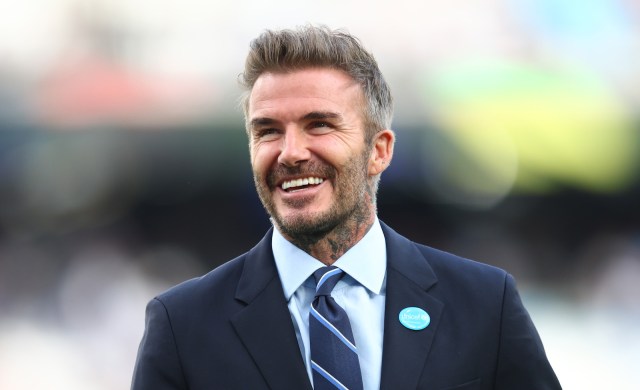 The 47-year-old footballer garnered immense applause on Twitter today after it was reported that he spent 12 hours in line while waiting to pay his respects to the Queen while she’s Lying in State. Beckham, who was visibly in tears as he slowly approached the Queen’s coffin, is rightfully receiving praise for discarding his obvious VIP status as a celebrity by choosing to wait in line with all in attendance; as only a true British gentleman can do.

Even through the hardship, Beckham remained grateful for the experience of offering his respects to the Queen and explained his thoughts on the situation to local reporters. “I was so lucky I was able to have a few moments in my life to be around Her Majesty. It’s a sad day, but it’s a day to remember the incredible legacy she left,” Beckham said during a quick interview with ITV News.

Much like the rest of the world, Beckham is understandably in a period of mourning, as thousands upon thousands of U.K. citizens join the footballer in paying their own individual respects. And while many folks are undoubtedly feeling somber at this point in time, Beckham’s heartfelt comments are a true testament to his character and are certainly words that people all across the United Kingdom needed to hear.