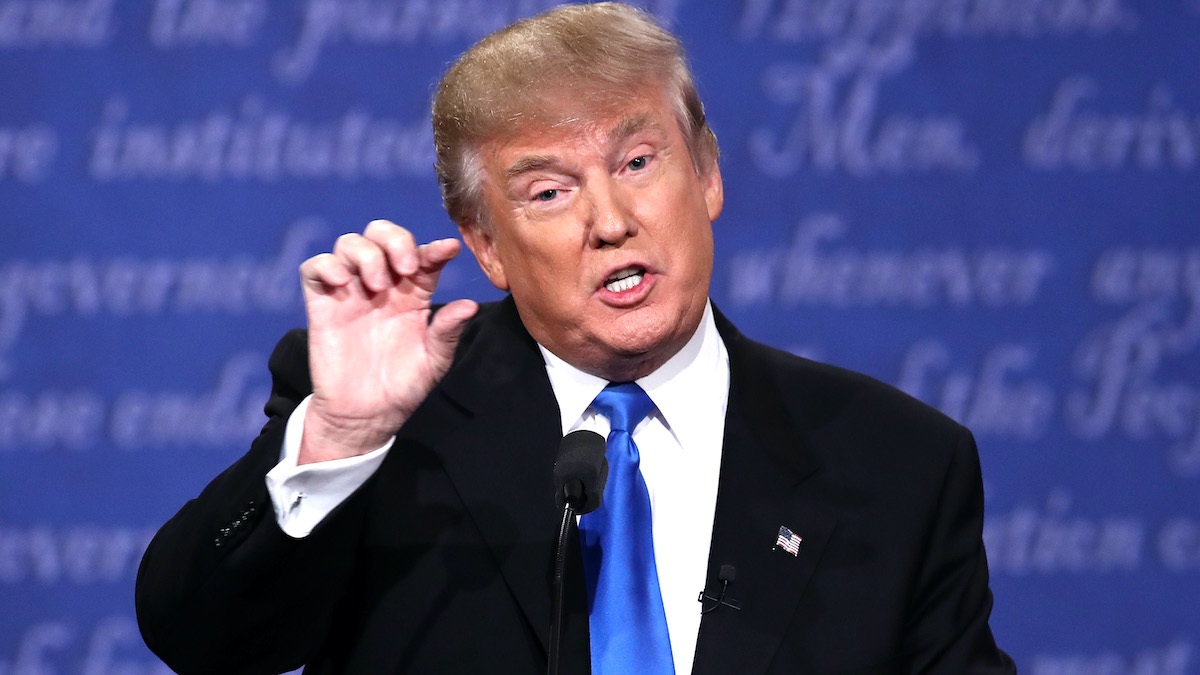 Donald Trump is many things, but whether he’s a man of his word has always been up for debate.

Since hitting the road in 2016 for his presidential campaign, the Home Alone star promised the American people that should he be elected the 45th President of the United States, he would refuse the six-figure salary that presidents are paid.

“If I’m elected President I’m accepting no salary,” he said on his presidential campaign.

However, Article II of the United States Constitution states that the chief executive is required by law to be paid. This, of course, keeps the door open for candidates who aren’t millionaires or billionaires to run for office. A president’s annual salary is $400,000.

With that in mind, the former president and his staff assured the American people that instead of pocketing the salary he was forced by law to take, he would donate it to charity.

After 6 years of waiting and a drawn-out legal battle, House Democrats were finally able to obtain and release Trump’s tax returns dating all the way back to 2015. Needless to say, he was unhappy. But finally, after all these years, we have the answer to whether or not Trump did indeed donate his presidential salary to charities like he promised all those years ago.

Did Donald Trump actually donate his presidential salary to charities like he said he would?

If a man of his word is someone who follows through on all of his promises, then Trump is half of a man.

In the aftermath of his tax returns coming to light, The New York Times reported that Trump did indeed donate his personal income to charity 2017 through 2019, totaling nearly $3 million. However, any and all charitable efforts came to a dead stop in 2020. Trump’s tax returns reveal that he did not, as he said he would, donate his entire presidential salary to charity in 2020. He didn’t donate any of it.

Where exactly his donations went isn’t explicitly laid out. That being said, The New York Times reported that the donations were mostly funneled right back into the government, with the National Parks Services at the top of the list.

The same National Park Services, mind you, that suffered after Trump shut down the government in 2019 when House Democrats and Senate Republicans refused to agree over his insistence to use U.S. taxpayer dollars to fund the Mexico border wall – a move that eventually left nearly a million federal employees without pay for weeks on end.

What that means is Trump both did and did not donate his personal income to charities while in office. His promise was to donate all of his presidential salaries to charities, and on this front, he failed. Three out of four years is not a fulfillment. If only everyone could cherry-pick which promises they wanted to follow through on and which ones they didn’t.

At the end of the day, it comes down to integrity, and you don’t need us to tell you where former president Donald Trump falls on that line.