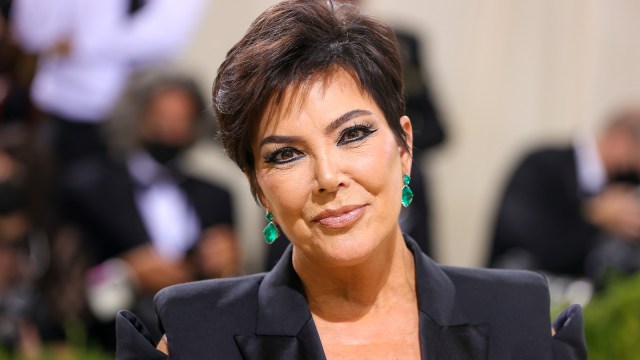 Anyone who has ever become famous for one specific thing can attest to the challenge of moving on after ascending to fame. For Kim Kardashian, that would be her infamous sex tape from 2007 – the thing that not only made her famous and kickstarted her multi-billion dollar career, but also made her a household name.

Over the years, Kim has tried to shed the skin of those early years with a variety of different career ventures. Her famous reality show Keeping Up with the Kardashians, her marriage and divorce to Kanye West, also known as Ye, her companies Skims and SKKY, the overall fame surrounding her parents and siblings – it all directed the spotlight away from her past and onto her present. But no one can ever really run from their past.

In a recent episode of Kim’s new show The Kardashians on Hulu, Kim was approached by Kanye West with news that the manager of her ex-boyfriend and partner in her infamous sex tape, Ray J, had threatened to come forward with unseen footage of a whole new sex tape. The acusation has since been refuted by Ray J but the scene nonetheless sparked conversation among viewers and fans. So, too, did it spark questioning from James Corden when Kim’s mother, Kris Jenner, appeared on his talk show The Late Late Show With James Corden to take a polygraph test.

Among the many questions Kris was asked, the one that elicited the biggest reaction from both Kris herself as well as the audience was when Corden asked if she’d ever helped Kim release the sex tape all those years ago. Quickly, Kris responded, “No. No,” and the polygraph examiner stuck out his thumb to confirm she had told the truth. However, her surprised reaction to the positive result looked like an answer in and of itself, and her follow up statement, “Oh, I like that. We cleared that up,” felt less like confidence and more like relief. Did we really clear it up, Kris?

It evidently depends on who you ask. Although Kris Jenner maintains that she had no knowledge whatsoever of the sex tape’s release, Ray J claims Kris not only knew about the sex tape, but chose which version should be released.

In the first of many videos posted to Instagram, Ray J claims he intended to “handle this s*** legally” but Kris’ appearance on the The Late Late Show With James Corden was the straw that broke the camel’s back. In the caption he called Kris’ lies “inhumane and foul at the highest level” and said “this just being racist.”

Indeed, Ray J followed that up with a 28-minute video and 44-minute video in which he owned up to his involvement in creating the sex tape and demanded that Kim own up to hers too, and stop pretending like the footage was leaked without her knowledge.

“You got the same contract I got,” he said to Kim. “Except guess what… you signed my deliverables in your handwriting… Kim Kardashian got her hand writing and her fingerprints all over my contract,” said Ray J, claiming he and Kim filmed three sex tapes in total, namely one called “Santa Barbara sex” which he said Kris required them shoot as a backup, just to make sure everything looked kosher. Ray J claimed Kris watched all three sex tapes and chose the “first one” because it made Kim look the best.

“You watched it and made a decision,” he said directly to Kris. “And then you get on whatever show you was on and take a lie detector test with a fraud…”

Ray furthered his proof with private screenshots between him and Kim along with behind-the-scenes documents from those early days leading up to the sex tape release, allegedly written in Kim’s handwriting, which furthers his claim that Kim intentionally released the sex tapes “like an album” and that they were never actually leaked, according to The Daily Mail.

In one private direct message conversation on Instagram between Ray J and Kim, Ray J called Kim out for lying during The Kardashians.

“You know what we did! Your mom controlled this whole sex tape deal with Joe Francis and [Vivid CEO] Steve Hirsch – it was her idea to put out the tape with Vivid. All I did was agree.

“Now you want to make it seem like I’m doing it again without your control. All those fake tears. Your fans trusting you to be honest and sincere but it’s all fake for the cameras. I was playing my part until you started doing all of this!

“What are you trying to ruin me when you know I was just a player in this! You have to stop believing you own lies! I have to let the world know the real [because] you’ve taken it too far now. Somebody needs to explain the play you are doing to me ASAP or I will have no choice but to protect my brand and family and expose real.”

Ray J is clearly done with being the Kardashian’s punching bag, and both Kim and Kris could be in for yet another lawsuit in the very near future.