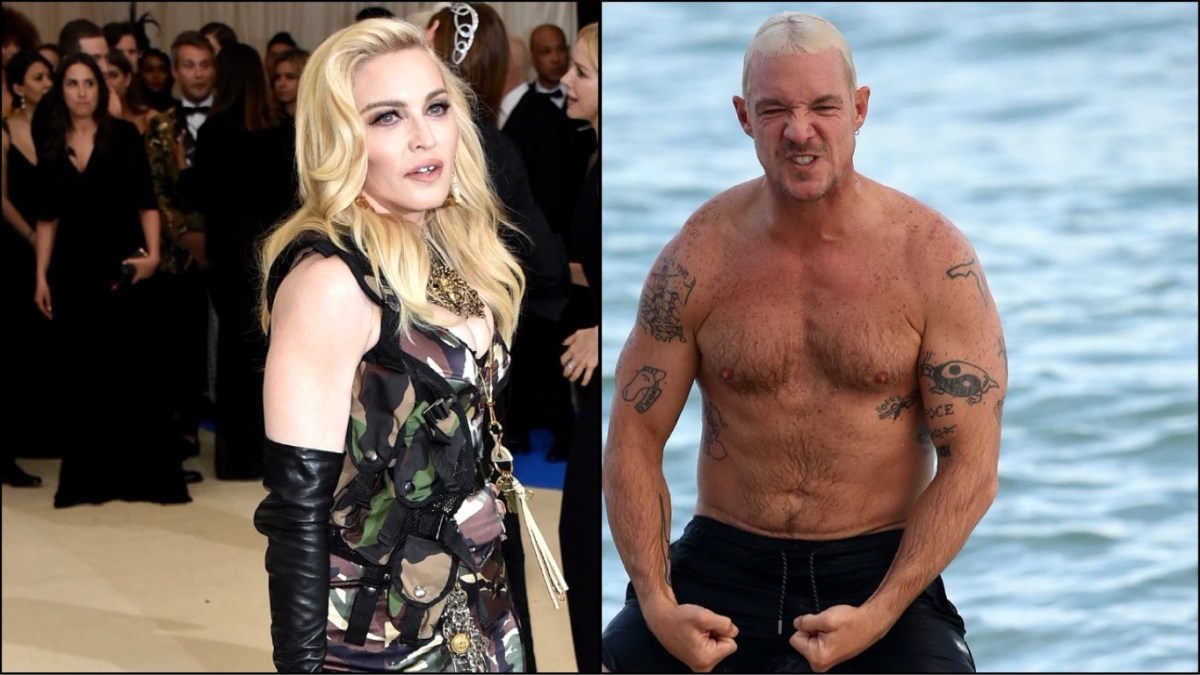 Did you wake up today despondent with the knowledge that Madonna isn’t going on tour anytime soon? Well cheer up because the famous sexagenarian just announced “Madonna: The Celebration Tour,” and she announced it in a very Madonna way: with a celebrity game of truth or dare.

The video features a bunch of celebs including Lil Wayne, Amy Schumer, Eric Andre, Jack Black, Judd Apatow, Meg Stalter, Bob the Drag Queen, and Diplo the dipmaster (more on that in one sec). The game was a sly reference to Madonna’s 1991 concert movie Truth or Dare, and also a reminder that she’s never been afraid to be raunchy or take chances.

The video begins with Madonna asking Schumer to demonstrate a sex act which we won’t describe here but turns out it’s pretty funny. At another point, Madonna tongue-kisses Black, and later gets into a raunchy threeway pose with Wayne and Black as well.

Despite all that, Diplo stole the show with one demented frat boy act that’s hard to forget. When asked by Andre to choose his poison, Diplo chose dare. Andre spoke from the hip:

“My first thought was dip your [testicles] into the margarita and then finish the rest of it.” Diplo, who probably never misses a chance to dip something, agrees immediately. He then does the act while Black confirms it’s really happening.

There’s a lot more weird stuff it’s definitely worth a watch. At one point Schumer dares Madonna to “do a world tour and play your greatest muthaf***ing hits,” to which the singer replies “Four decades? All those songs?” This of course leads to a really big singalong of said classics.

Madonna’s tour kicks off in Vancouver, BC on July 15 and ends December 1 in Amsterdam.