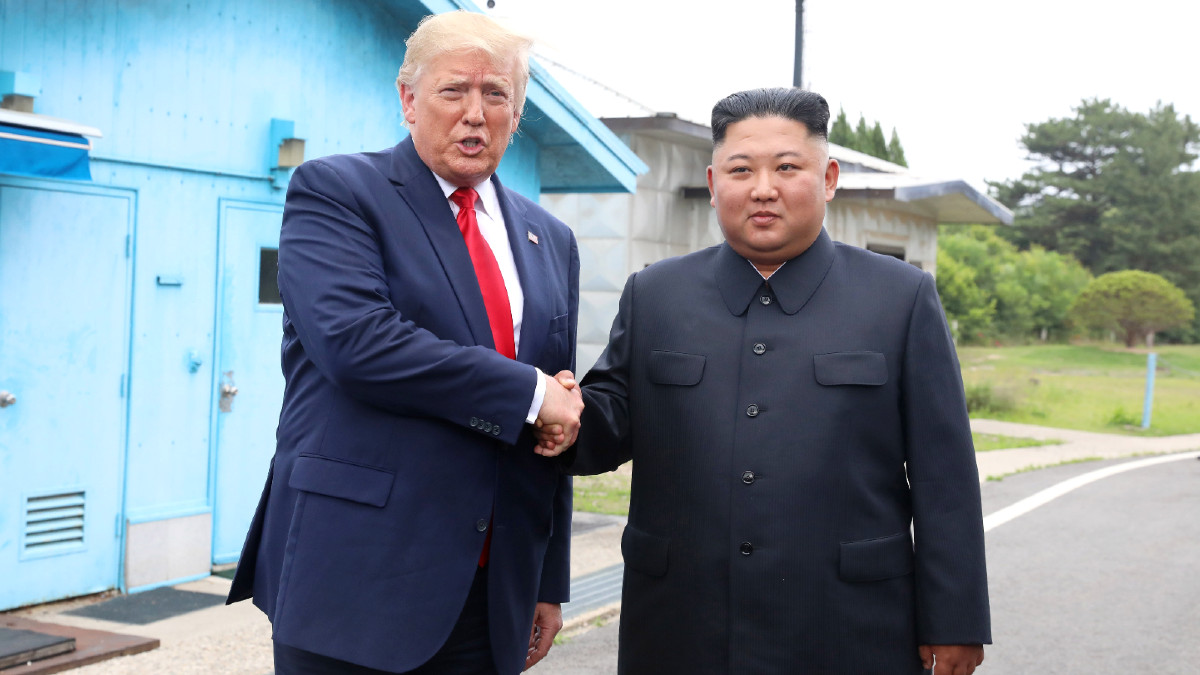 Just in case anyone wished to relive the constant national embarrassment that was the U.S. presidency under Donald Trump, a forthcoming memoir from former Secretary of State and CIA director Mike Pompeo recalls the first time Trump ever met North Korean leader Kim Jong-un. And naturally, you can queue up the Curb Your Enthusiasm theme song.

As Pompeo tells in his book, Never Give an Inch: Fighting for the America I Love, released today, the moment occurred during the June 2018 North Korea–United States Singapore Summit. In other words, it was less than a year after Trump first dubbed Kim “Rocket Man” in a tweet, referencing the 1972 Elton John hit single.

According to Business Insider, Trump asked Kim “whether he knew who Elton John was” over a meal at the summit, as world leaders who taunt each other like schoolyard bullies on social media are wont to do.

When Kim said no, Trump explained that the British singer’s 1972 hit song “Rocket Man” inspired him to give Kim the nickname in 2017. “Trump said it was a great song, and he intended the reference as a compliment,” Pompeo wrote.

Well, thankfully, everyone had a good laugh over it, and that gently taunting a totalitarian dictator not exactly known for his sunny sense of humor right to his face didn’t lead to, you know, the launching of nuclear weapons or anything. But hey, Trump is running for president again in 2024, so maybe the second time will be the charm!