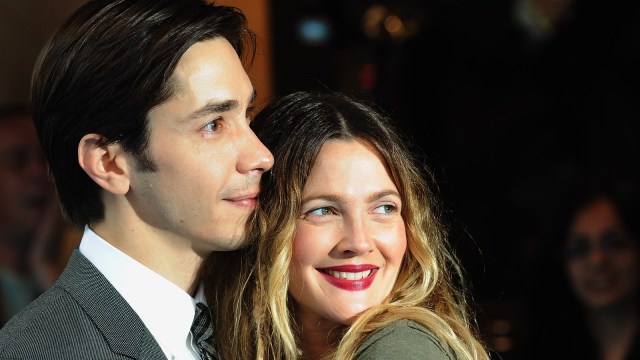 Many Drew Barrymore fans were in for a surprise when the Season 3 premiere of her live show, The Drew Barrymore Show, opened with the revelation that the actress once used to date the Barbarian star Justin Long — a fact many people were previously not aware of. Barrymore has a long dating history and many of her relationships have grabbed headlines but details about the years she spent courting Long are scattered across the 12 years that have gone by since they broke up.

But seeing the chemistry and close bond the former couple seemed to share when Long appeared on Barrymore’s show has people questioning why the seemingly perfect pair split in the first place.

No one knows precisely when or where the two met, but one can hazard a guess that it was on the sets of the 2009 film He’s Just Not That Into You, which started filming sometime in 2007 — the year Drew Barrymore and Justin Long became one of the “It” couples of Hollywood.

Their open displays of affection with no qualms about the presence of paparazzi made them a favorite of the media houses at the time. As described by comedian Mike Birbiglia, when he appeared on The Drew Barrymore Show in August, the sets of He’s Just Not That Into You attracted significant attention from the paparazzi thanks to the lead pair’s off-screen romance.

During one of the latest episodes of her talk show, which included Long as the guest, Barrymore called the time she spend with him “chaos” but “hella fun.” “We had so much fun, but we were more hedonistic, more immature. We would get together, we would break up. There was chaos,” she shared.

But as Long added, it was fun chaos and nothing the duo regretted.

“That’s what we did, we laughed so much, like that was so much a part of our connection was that we love funny people. We enjoy laughing at all times.”

The two dated for nine months, during which Barrymore even spent her Thanksgiving with Long’s family, as reported by People, and also celebrated the actor’s birthday.

All seemed to be going well for the couple until suddenly news came of their break-up, along with rumors that Long, who was “distraught” over the split, had left Whip It!, Barrymore’s directorial debut.

As reported by E! News at the time, he dropped the project because he couldn’t bear Barrymore’s mercurial mood swings.

“He couldn’t stand working with her and not being with her. He’s too upset. She dumped him. She was hot and cold. One minute she was in love with him and the next she wanted to break up with him.”

But this break-up didn’t stick for long as they continued working with each other and also joined the cast of Going the Distance. Barrymore and Long rekindled their romance sometime in 2009 and made it red carpet official by making an appearance together at the 2010 Golden Globe Awards. Sadly, this reunion was temporary as they soon went their separate ways again.

Recently, the Santa Clarita Diet star marked her presence on CBS Mornings and talked about Long’s visit to her show. During the chat, Barrymore shared that when she was dating Long, they weren’t thinking of a future or planning a family.

“Justin and I, we were together at a time when the stakes were low. We weren’t thinking about marriage or children. We were just having fun,” she said.

A year after the breakup, Barrymore moved on with actor and art consultant Will Kopelman, who had been her friend for a long time. The two got married in 2012 in California while the actress was pregnant with their eldest daughter, Olive. The couple had another daughter, Frankie, in 2014 before they announced they were separating in 2016.

Does the former couple have a future?

No one knows why their relationship fizzled out for a second time, but apparently, unlike the many estranged couples in Hollywood, Barrymore and Long remained close friends who have had nothing but good things to say about each other.

While speaking to Mike Birbiglia on her show, Barrymore talked about how she dated Long for many years and was “very much in love with Justin.” She also gushed about all the reasons why Long “gets all the ladies.”

“Well, there’s a few reasons. He is one of the sharpest, wittiest, he’s brilliant and he’ll just knock your socks off with laughter.”

Evidently Long also has similar sentiments about his former girlfriend. When he and Barrymore were reminiscing about the past on her talk show, he admitted that he still cares for her and admitted that she was “the best.” “I love that we maintained our love because I know for my end it will never go away,” he said, reducing the Charlie’s Angels star to tears as she responded to his honest confession.

“I feel like we’ve been through so much together too. I feel like when we used to, like, talk and FaceTime, I was always like, ‘You know, I’ve really grown up, Justin.’ I always wanted to prove what a different person I was than when we dated.”

The duo’s still very much obvious chemistry and the happy vibes they gave off the second they embraced each other had many hoping for them to pull a Bennifer and pick up their story where they had left it. Unfortunately, that’s not possible as Long is currently daing Kate Bosworth — they made their relationship official in April this year — and judging by their PDA on Instagram posts, it’s obvious that the couple is very much in love.

During the show, Long and Barrymore even planned a night together with Bosworth who is completely “supportive” of their relationship and “adores” the talk show host.

“I’m just so happy because you deserve to be happy. I’m so thrilled for you,” said Barrymore.

As for Barrymore, the last time she touched upon the topic of dating was when Jane Fonda came on her show.

“I’m not closed for business but I have been in exactly that mentality for the last five years thinking, I just don’t have the bandwidth, I just can’t fit it in,” she explained.

Looks like, for now, fans of the couple will have to make peace with Drew Barrymore and Justin Long disproving everyone who said exes could never remain friends.