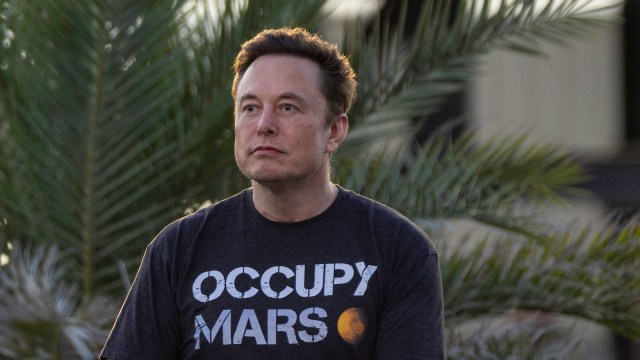 As if Elon Musk didn’t have his hands full already, a metal drummer with a very small amount of Tesla stock is suing the billionaire for him to rescind $56 billion in stock grants.

Richard Tornetta owned only nine shares of Tesla stock when he filed his lawsuit against Musk in 2018, according to Reuters. He’s suing both the Tesla board of directors and Musk in what’s called a shareholder derivative lawsuit.

If he wins the suit the money will go back to Tesla and Tornetta is not seeking any damages for himself. Cases of this type are usually dismissed or reach a settlement but this one is going to trial, and Musk himself will testify live.

Musk tried to get the suit dismissed in 2019 but was unsuccessful. While Tornetta is leading the lawsuit, he’s not talking to any press, leading to speculation that someone else might be behind the suit. Larger shareholders are generally reticent to sue because it could upset their relationship with higher-ups.

Sean Griffith, a professor at Fordham Corporate Law Center, told Reuters that larger shareholders “might want to bring cases sometimes, but they need a relationship with management. They might be happy to have other people doing it on their behalf.”

The lawsuit says that Musk misled shareholders when he dictated the terms of his stock pay package. If certain performance and monetary targets were met, then Musk would be able to buy 1% of Tesla stock at a deeply discounted rate. The company met 11 of 12 targets and its value went from $500 billion to $1 trillion.

Tornetta runs an audio gear customizing company for car enthusiasts, but he used to be a drummer for the band Dawn of Correction and you can see him performing at CBGB in New York in videos. Tornetta and his team of lawyers have doggedly pursued the case for four years, hiring experts and holding numerous depositions.

The case adds to Musk’s growing problems along with his $44 billion purchase of Twitter, and over on Reddit people think this lawsuit plus his chaotic handling of Twitter might actually take him down. One user said, “Musk is on the speedrun path to lose both companies.”

“… a LOT of chickens are coming home to roost as far as Musk is concerned….Twitter is already a disaster as a business (more than it already was, its made a grand total of 65M in 10y….TOTAL), that company is now tied directly to Tesla. … I really believe we are watching the destruction of a fortune in real time….it’s pretty entertaining, but I wish it didn’t represent real workers lives.”

The trial begins on Monday in Wilmington, Delaware, and is expected to last a week.