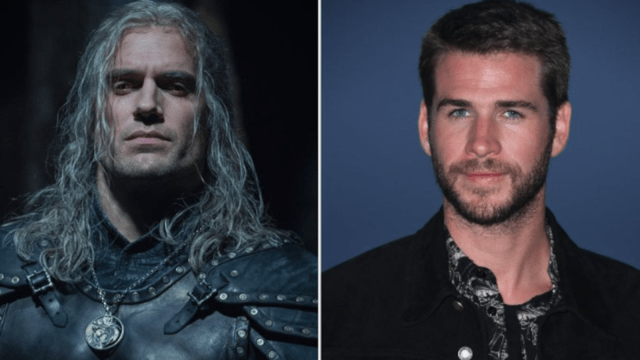 Season three of The Witcher hasn’t even hit Netflix yet, and fans are already up in arms about season four. Henry Cavill has been playing the part of Geralt of Rivia since the series’ onset. Now, Liam Hemsworth is going to swoop in and play Geralt of Rivia as if it doesn’t matter. Fans are none too pleased.

Stans exploded after the announcement was made on Twitter just earlier today. The news hit everyone’s psyche, spun around the block, and didn’t come out the way it was intended. It’s hard to accept a new guy when the old was perfect. What’s up with the change? Say it isn’t so, Joe! Say it isn’t so!

The great Cavill had this to say about the passing of the sword, “My journey as Geralt of Rivia has been filled with both monsters and adventures, and alas, I will be laying down my medallion and my swords for Season 4. In my stead, the fantastic Mr Liam Hemsworth will be taking up the mantle of the White Wolf. As with the greatest of literary characters, I pass the torch with reverence for the time spent embodying Geralt and enthusiasm to see Liam’s take on this most fascinating and nuanced of men. Liam, good sir, this character has such a wonderful depth to him, enjoy diving in and seeing what you can find.”

Always in character like the true Geralt of Rivia he is, the statement was mighty classy. Is Liam Hemsworth worthy of his sword?

To Cavill’s passing of the sword, Liam Hemsworth replied, “As a Witcher fan I’m over the moon about the opportunity to play Geralt of Rivia, Henry Cavill has been an incredible Geralt, and I’m honoured that he’s handing me the reins and allowing me to take up the White Wolf’s blades for the next chapter of his adventure. Henry, I’ve been a fan of yours for years and was inspired by what you brought to this beloved character. I may have some big boots to fill, but I’m truly excited to be stepping into The Witcher world.”

What sweet sentiments that conveys! The issue is that the fans are not happy, not in the least.

When fans get into a character, with a certain celebrity attached, they can catch feelings. Everyone is allowed to get caught up in their feelings. Losing Henry Cavill feels like stabbing them in the back and who cares who fills the role?

No one saw it coming. Henry Cavill was speculated to take on the Superman character again. No one put two and two together that it might mean him leaving The Witcher. Why can’t he do both?

Those are strong words and fans take them seriously. Did The Watcher turn its back on the fans? Will it be the reason the whole house burns to the ground? That’s how sad fans are that this switch was made.

It’s nearly impossible to watch a great actor like Cavill play a part and become that persona to just watch someone else step into the role. Unfortunately, Liam Hemsworth has some huge shoes to fill and he already knows that. He just might be shaking in his boots right now that he signed on to take the role. In retrospect, it might have seemed like a good idea. Now, not so much.

Fans are not happy about Liam Hemsworth being the replacement. They just don’t see him being the Geralt that Cavill could provide. Too clean cut? Not the right face structure? Not the right name? That might be the main reason most of all.

Was it about Superman?

Some fans have simply dropped the whole debate and made up their minds that it has everything to do with Cavill returning to Superman. He could do both. More than one actor in history has pulled it off to be in two productions at the same time. So, what’s up with this switch? The fans need to be heard.

And like a dagger to the heart, fans feel dropped. As if it never mattered, they feel as if Cavill never cared about them in the first place. What will be interesting to watch is if fans follow him to Superman or continue to watch The Witcher to give it a chance? That’s the test.