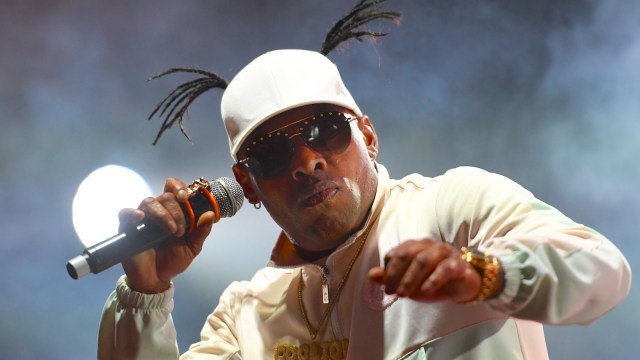 The popular 90s rap icon and the man behind the mega-hit “Gangsta’s Paradise”, Coolio, has reportedly died. He was 59 years old.

TMZ reported that the star was visiting a friend’s home when he suffered a cardiac arrest and was pronounced dead on the scene. Continuing, the reports states that no official cause of death has been determined.

The report cited Coolio’s manager Jarez who shared with the outlet that the star went to the bathroom and as he didn’t emerge for an extended period of time the friend whose home they were at went to check on him. At this time he was found laying on the floor and EMT were called to the scene.

Right now there has been no official announcement made about the rapper’s death.

Artis Leon Ivey Jr. the artist known as Coolio excelled to fame in the 90s thanks to a string of hits including the iconic anthem “Gangsta’s Paradise.” Releasing as part of the soundtrack for the film Dangerous Minds, this song quickly skyrocketed to success reaching the top spot on the charts and remaining there for weeks.

Following the success of “Gangsta’s Paradise”, Coolio continued to release music up until 2009 when his last studio album was released, From the Bottom 2 the Top. The rapper released eight studio albums and one collaborative album between 1994 and 2009, and earned a Grammy award for Best Rap Solo Performance in 1996.

Alongside his music, Coolio also had a variety of film and TV appearances, including 2003’s Daredevil film.