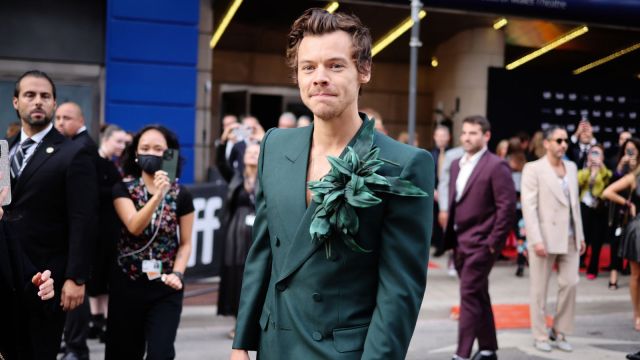 Everything’s coming up Milhouse for Harry Styles, who has received a standing ovation for his performance in My Policeman at Toronto International Film Festival.

After being part of one of cinema’s most amusing behind-the-scenes dramas in Don’t Worry Darling, it looks like Styles is back on track for success in My Policeman. The queer dramady debuted at TIFF to an excellent reception, as the actor saw a standing ovation. Variety reported a positive vibe around the film, with many of Styles’ fans sharing their love for the former One Direction man.

This may come as a massive shock to many, with numerous reports of Styles giving in a woeful performance in the film, including several reviews headlined as simply as “he cannot act” or “arrestingly awkward”. Styles has been given an utter roasting online following several clips coming out from My Policeman, similarly the reception to his performance in Olivia Wilde’s Don’t Worry Darling has been fairly negative.

Moving from music to acting just isn’t for everyone. We can’t all be Lady Gaga or Jamie Foxx putting in astonishing performances and releasing quality music on the side. Styles also went viral last week with his bizarre and spacey interview discussing film as fluently as he speaks Swahili. At least he hasn’t spat on anyone in a while.

My Policeman is due for a cinematic release on Oct. 21, before it debuts on Amazon Prime video a fortnight later on Nov. 4. Starring alongside Styles is Emma Corin, David Dawson, and Kadiff Kirwan.