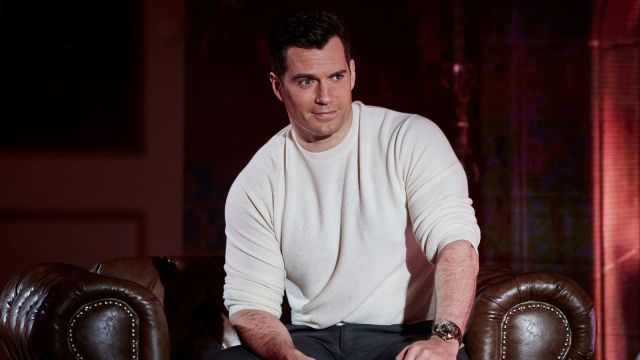 Henry Cavill has responded about his return to the DCU after his cameo appearance in Black Adam‘s post-credit scene. Luckily for fans, it’s a positive one as the actor is keen to play the famous DC superhero again.

“I was on Witcher and I got the call, saying “hey this is happening. When can you do it?”…

“… And we had to get clearance from Witcher Production at the time. But it was so top secret, we couldn’t tell them what. We just said “ey, there’s this thing I’ve gotta do. Can you clear me for it?” And I don’t know if anyone suspected or not because there was all the talk about Comic-Con at the time as well.”

Cavill shared his experience on set and his emotional and nostalgic attachment to the first Superman suit he wore in Man of Steel. Interestingly enough, that was the same suit he wore during the Black Adam cameo scene, and was happy to wear it once more.

“I chose that one in particular because of the nostalgia attached to the suit. It was incredibly important to me to be standing there and enjoying that moment. That is one of the top moments in my career. It feels great to have the opportunity to wear it again.”

It’s been five years since Superman made an appearance on the big screen in the 2017 Justice League film. Since then, the famous superhero has only appeared through headless cameos in Shazam! and Peacemaker. Dwayne Johnson told interviewers that it took six years to convince Warner Bros to bring back Superman to the DCU. Luckily it all paid off after Johnson shared a clip of the fan’s reaction during the end credit scene.

At the moment, there has been some confirmation that a Man of Steel sequel is in the works. However, it’s currently unconfirmed if Cavill would reprise the role. Regardless, the actor said that he still had hope that he’d return to the DCU so fingers crossed we get to see him once more on the big screen.