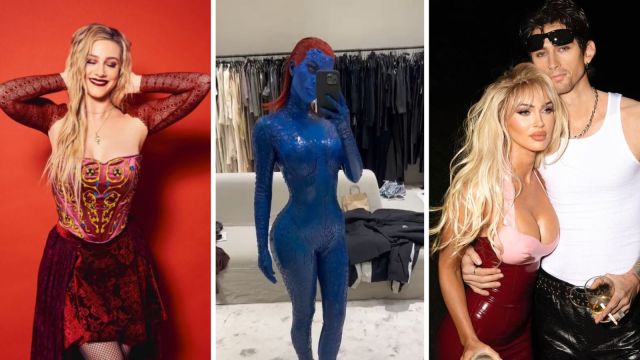 Spooky season is officially upon us as Hollywood celebrities give the world a peak at the ghoulish and goofy costumes they’ve adorned on Halloween. Unfortunately situated on a Monday in 2022, it has not stopped the parties and fun from consuming A-listers.

Like every year, there’s an assortment of topical joke costumes, the old fashioned hits, and bizarre ones which require a far deeper dive for the internet to analyze like an episode of CSI: Miami. Everything from Marvel heroes and villains to cosplaying as other celebrities and bizarre joke outfits leaning into your relationship made up this years’ festivities.

There was not one but three X-Men cosplays as celebrities seem to be throwing their hats into the ring to join the most successful franchise on the face of the planet. Truly scary. Other highlights included the discourse around Billie Eilish’s couples costume with Jesse Rutherford, and the immensely strange work of Machine Gun Kelly and Megan Fox.

Halle Bailey as a Na’vi

Sean Diddy Combs as The Joker

Kylie Jenner as Bride of Frankenstein

The spooky season may have wrapped up, but there’s plenty more horror out there to be seen in cinemas and streaming with releases such as Terrifier 2, Halloween Ends, and Grimcutty.