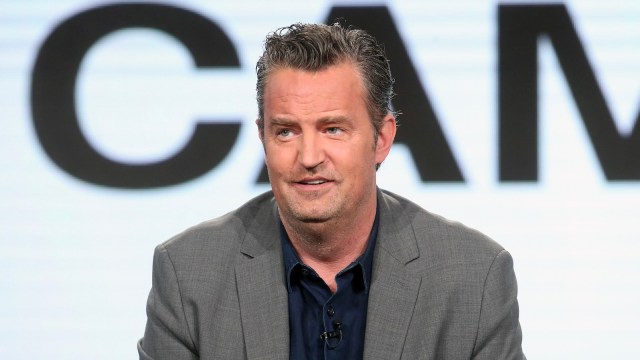 Matthew Perry is ready for people to know the truth. In his incredibly personal and deeply revelatory new memoir Friends, Lovers and The Big Terrible Thing, Perry has revealed that his struggles with addiction were not only far greater than fans knew but brought him to within a hair’s breadth of death. Perry’s use of opioids had become so morbid that the Friends star’s colon burst, nearly killing him.

In August of 2018, at the age of 49, Perry disclosed to the public that he had suffered a gastrointestinal perforation. What he did not reveal at the time was that the condition, a perforation of Perry’s colon, was the result of years of opioid abuse. Perry spent two entire weeks in a coma and was required to use a colostomy bag for nine months while the perforation healed. The actor was also initially put on an extracorporeal membrane oxygenation (ECMO) machine, a heart-lung machine that pumps the patient’s blood out of the body, oxygenates it, and then returns it.

“The doctors told my family that I had a 2 percent chance to live,” Perry told Vanity Fair. “I was put on a thing called an ECMO machine, which does all the breathing for your heart and your lungs. And that’s called a Hail Mary. No one survives that.” The grim prognosis was proven out by the end of Perry’s first night in the hospital. “There were five people put on an ECMO machine that night and the other four died and I survived,” he revealed.

According to the National Library of Medicine, opioid addiction has many adverse effects on the gastrointestinal system, the most common being constipation, nausea, vomiting, gastro-oesophageal reflux, delayed digestion, abdominal pain, bloating, hard stool, and incomplete evacuation. In rare cases, opioid-induced constipation can result in a perforation of the colon.

Perry has fought addiction issues as far back as his first spate of fame after being cast in the runaway hit sitcom Friends. His upcoming book reveals that he has been in rehab 15 times over the course of his career due to his dependency on opioids such as Vicodin and Oxycontin. By his own account, the actor was taking 55 Vicodin a day and weighing only 128 pounds (Perry is 6′ tall).

But Perry states that his near-fatal condition has provided him with greater impetus than before to remain sober. “My therapist said, ‘The next time you think about taking Oxycontin, just think about having a colostomy bag for the rest of your life,'” Perry recalls. “And a little window opened and I crawled through it and I no longer want Oxycontin anymore.”

Publishing his memoir is a chance to give back and help all those that struggle with Opioid addiction. He’s hoping his candor might help more people than it shocks.

“I think they’ll be surprised at how bad it got at certain times and how close to dying I came,” Perry told People regarding his brush with death. “I say in the book that if I did die, it would shock people, but it wouldn’t surprise anybody. And that’s a very scary thing to be living with. So my hope is that people will relate to it, and know that this disease attacks everybody. It doesn’t matter if you’re successful or not successful, the disease doesn’t care.”