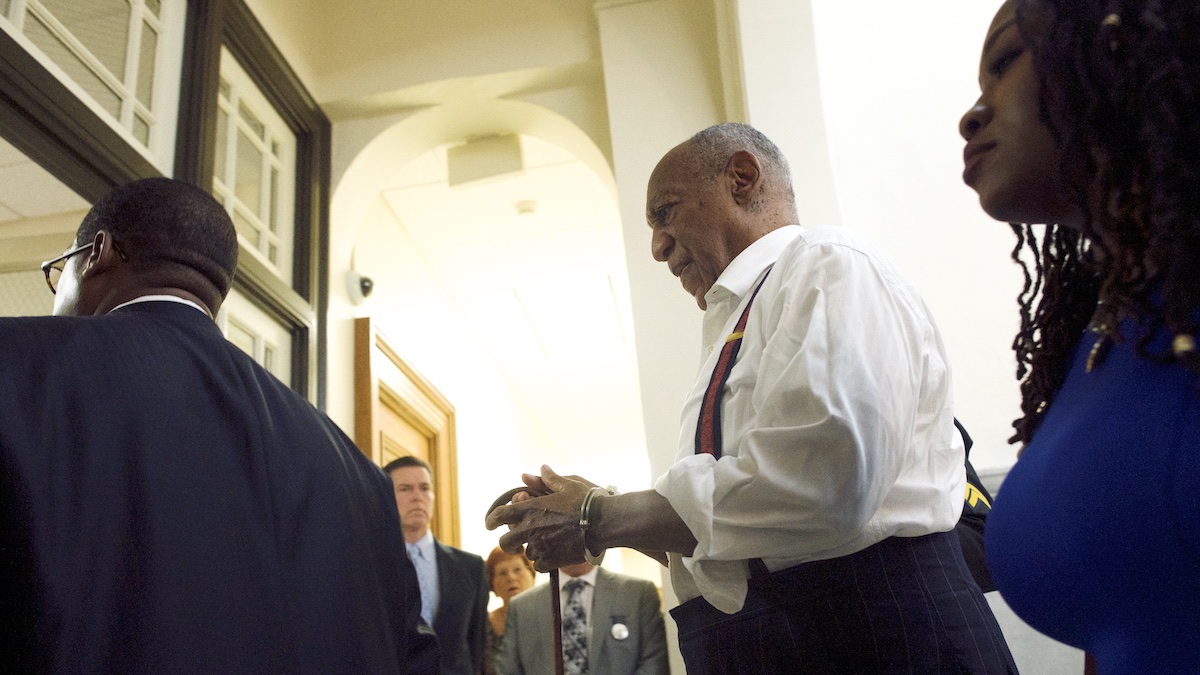 Recently, disgraced comedian Bill Cosby announced he was going to try and ruin 2023 with a possible return to touring. This comes on the heels of his conviction for three counts of aggravated assault being overturned and, now, many who have tuned out his story in the past few exhaustive years are wondering just why he is out of prison and how long he was inside to begin with.

For those unaware, allegations against the 85-year-old have been circulating since the earliest days of his career. In 2005, a woman came forward in the Andrea Constand case and alleged he assaulted her at his home in Beverly Hills in 1965. More allegations surfaced in the 1980s and 1990s before the Constand case which was initially settled but did not go anywhere due to the comedian’s then-Teflon reputation as “America’s Dad.” However, nothing lasts forever and, in 2014, the cracks emerged.

At the time, performer Hannibal Buress was doing a set in Philadelphia where he mocked Cosby’s self-righteous conduct in spite of a history of allegations of rape and misconduct toward women. This was filmed and ultimately went viral and from there more women came forward with stories. A New York Magazine story from 2015 featured 35 of his alleged victims, and the outlet mentioned there were 11 more who declined to be photographed. After deals, honorary titles and show royalties dried up, Bill Cosby got handcuffed.

After his arrest two weeks before the statute of limitations would have run out on the case with Constand from 2004 — which was settled the following year in December 2015 — a judge ruled the case could go forward. The initial court battle ended in a mistrial (meaning the jury could not reach a unanimous verdict) and after the proceedings where Cosby claimed he was a victim of racism (yes, really), prosecutor Kevin Steele announced he would try again. In 2018, Cosby was convicted and then, appeals began.

From the beginning of his 3-10 year sentence on Sept. 25, 2018, the man who admitted in a deposition to giving quaaludes to women despite the fact such activity was illegal argued some witness testimony in his trial was prejudicial. This was initially rejected by the Pennsylvania Supreme Court, but, on another go-round, the judges overturned his conviction. They found his due process rights were violated due to Steele not following an agreement former prosecutor Bruce Castor had to never prosecute the man. The court viewed this as binding on all future prosecutors and Cosby was then released on June 30, 2021 after their ruling.

Now, the man clearly thinks it is 1985 again in spite of ongoing lawsuits. What will ultimately happen remains to be seen, but, if he books even one location, it clearly will serve as a sign cancel-culture is not a thing for each and every despicable individual.

Maybe Buress could do another routine ahead of time.