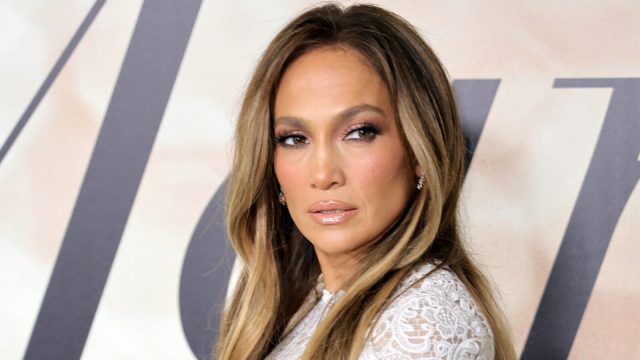 That’s right, nearly two decades after their first romance made extensive headlines, the couple that’s graced countless magazine covers has finally tied the knot. As fans of Lopez and Ben Affleck look back on their lengthy and tumultuous relationship, they’re realizing just how complicated this pair really is. Their previous engagement — all the way back in the early 2000s — ended in part due to “excessive media attention,” and was bookended by several high-profile relationships with Lopez’s other flames.

Now that the two have finally tied the knot more than 20 years after they first met, fans of the pair are looking back on the myriad of relationships that predated the long-awaited Bennifer nuptials. Lopez, in particular, has had a turbulent time in love, with several short-lived marriages and a number of failed relationships. Here’s a look back at all of them.

How many times has Jennifer Lopez been married?

Lopez has been searching for love for a long time. The 52-year-old musical artist dipped her toes in the dating pool countless times over the years, and in the process tied the knot more than once. Affleck is far from her first husband, but fans are hopeful that he will be her last. The two seemed destined to end up together, and their most recent stint as a couple appears to be uniquely successful.

Long before the two finally said “I do,” Lopez was trying to make it work with a range of former flames. She’s been wed four times in total, including her recent marriage to Affleck, but she’s been engaged far more. Lopez has had the unfortunate experience of calling off multiple engagements over the years, but it seems it was all kismet. Fans are convinced that all those failed former relationships were just part of the journey for the famous duo.

One of Lopez’s first relationships lasted nearly a decade. She was in a longstanding relationship with her high school sweetheart, David Cruz, until the pair finally broke it off in the mid-’90s. Cruz passed away in 2020 at 51 years old, due to heart failure, and nothing but kind words marked his passing. He was described as “soft-spoken and kind” in People’s coverage of Cruz’s death, with a source noting that “he would do anything for Jennifer. You could see her trajectory early on and at the time he didn’t mind seeing her take the lead. He was completely content with that. He just loved her.”

Lopez’s very first marriage was to producer and actor Ojani Noa. The pair tied the knot in February 1997 and lasted less than a year as a married couple, eventually divorcing in January 1998. Little is known about the pair’s wedded life, but the years after their marriage dissolved were rife with court cases. The majority of these were levied against Noa by Lopez, who sought to block the release of “intimate” details about their married life and honeymoon. Noa attempted to release details about their marriage, as well as images and videos from their honeymoon, via a tell-all book and documentary, but was ultimately blocked by a court order.

Around a year after her marriage with Noa dissolved, Lopez began an on-again-off-again relationship with Sean Combs, aka Puff Daddy. The New York City rapper has a longstanding and successful career in music, and dated J-Lo for around two years between 1999 and 2001. Their relationship was marked by consistent controversy, and ultimately ended after the pair was arrested leaving the scene of a shooting in Times Square. Both halves of the couple were ultimately acquitted of charges, but J-Lo noted that their “crazy, tumultuous” pairing was always doomed to be short-lived.

Following her chaotic relationship with Puff Daddy, Lopez enjoyed a brief marriage to her former backup dancer, Cris Judd. She and Judd met in 2000, when Judd was hired to direct for Lopez, and the pair immediately hit it off. He directed the music video for “Love Don’t Cost a Thing,” and in 2001 he and Lopez were officially married. Their marriage lasted from September 2001 to June 2002 before they called it quits.

Not long after her marriage to Judd fell apart, Lopez met Affleck. The pair were introduced back in the late ’90s, but they got to know one another on the set of Gigli in late 2001. Their chemistry was immediate, and inspired them to work together on several more projects, like 2004’s Jersey Girl. Lopez was so inspired by Affleck, in fact, that her 2002 album This Is Me… Then is reportedly dedicated to him. The pair almost married in 2003, but their wedding was called off due to excessive media attention. They remained engaged until early 2004, when the pair finally split due — in large part — to the media’s unceasing obsession with them as a couple.

One of Lopez’s longest-lasting relationships was with her eventual husband Marc Anthony, who the singer married in June 2004, just months after she and Affleck officially called off their engagement. Lopez has refered to her relationship with Anthony as “rocky” and a “bandaid” for the wound left by she and Affleck’s split. Despite its challenging start, however, Lopez and Anthony’s relationship had a great run. The pair collaborated on music together, co-stared in 2006’s El Cantante, and in 2008 welcomed fraternal twins into their family. The couple announced their split in 2011, but didn’t officially divorce until years later, in June of 2014.

The second of Lopez’s relationships with her former backup dancers saw the actor and singer date Casper Smart for several years, between October 2011 and August 2016. The relationship was never billed as overly serious, so when reports detailed their breakup in 2016, few fans were surprised.

Around a year following her split from Smart, Lopez began dating the man that would eventually become her fifth fiancé. She and New York Yankee Alex Rodriguez dated for several years, between 2017 and early 2021, and got engaged in 2019. Their wedding experienced multiple delays due to the ongoing COVID-19 pandemic, and was ultimately called off in April 2021. Within a few weeks, reports began to surface that Lopez and Affleck were dating once again.

Those reports turned out to be true after Affleck and Lopez confirmed their relationship in July of 2021. Bennifer fans were absolutely delighted by the news, particularly after years of glowing interviews in which both halves of the couple consistently praised the other. Their clearly amicable relationship grew into their second chance at love, and eventually saw the pair get engaged on April 8, 2022. After almost 20 years of waiting, they finally tied the knot in a Las Vegas ceremony on July 16, 2022.