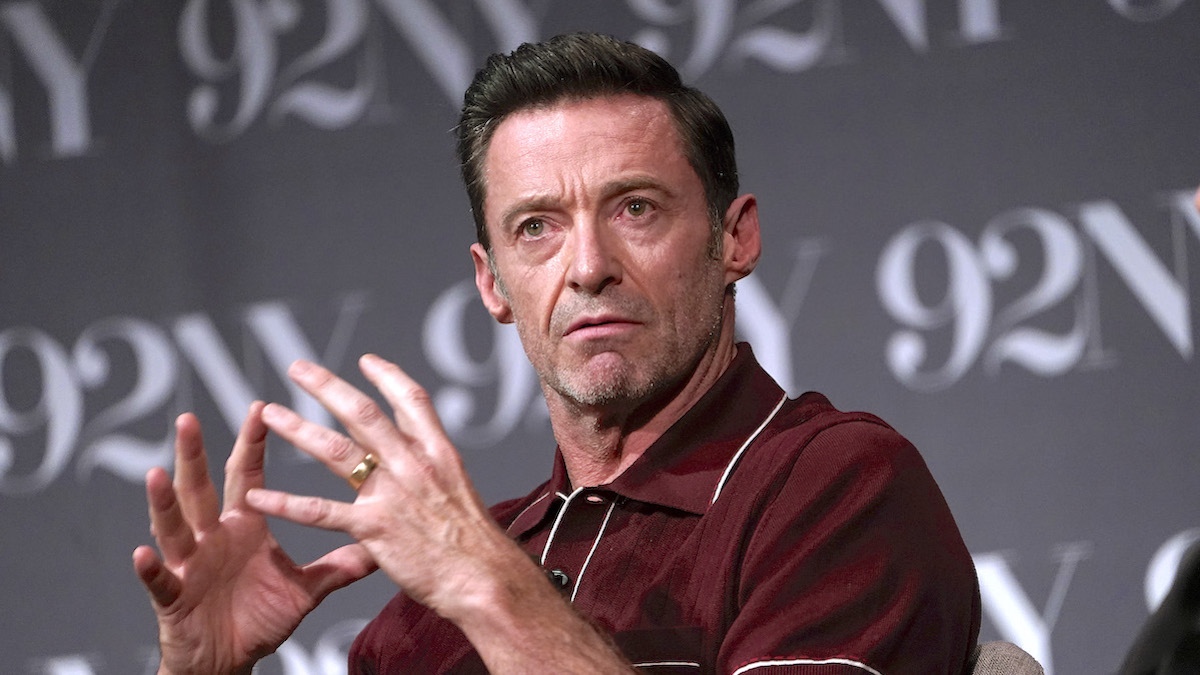 It appears that Santa Claus isn’t the only man in red making the rounds this holiday season.

A few days shy of Christmas, The Wolverine star Hugh Jackman discovered that his upcoming Deadpool 3 costar Ryan Reynolds had dashed right into his living room ⏤ in the form of a cardboard cutout. Whether Reynolds placed the cutout there himself or the Greatest Showman star is the comedian behind this happenstance, Jackman wasted no time asking the obvious question.

In an Instagram reel, Jackman ⏤ sporting a Santa hat and a stern demeanor ⏤ wondered, “How did he get in here? What the hell? This is my home.” While the Reynolds cutout did not offer an immediate reply, it did don an identical Santa hat when the camera zoomed in on his heroic holiday expression.

The cutout comes from Reynolds’ latest film, Spirited ⏤ an Apple TV Plus original that he stars in alongside Will Ferrell ⏤ and makes a perfect companion to Jackman’s Christmas tree, especially when there’s dancing involved. Both Jackman and Reynolds have received plenty of attention ever since it was announced that the former would be joining the latter in Deadpool 3 despite Jackman insisting that he’d retracted his Wolverine claws back in 2017’s Logan.

While it remains to be seen exactly how big Jackman’s role in the Deadpool threequel will be, he has assured fans that this appearance will not mess with the Marvel timeline. He seems to know just how giddy Marvel fans are for his impending team-up with Reynolds, as this Christmas stunt is one of the many ways Jackman has recently capitalized on the gleeful anticipation (and it’s sure to be far from his last).

Deadpool 3 is currently slated to release on Nov. 8, 2024, and if that changes at any point in the future, we’re fairly certain that Jackman will be the first to tell us that it’s entirely Reynolds’ fault.