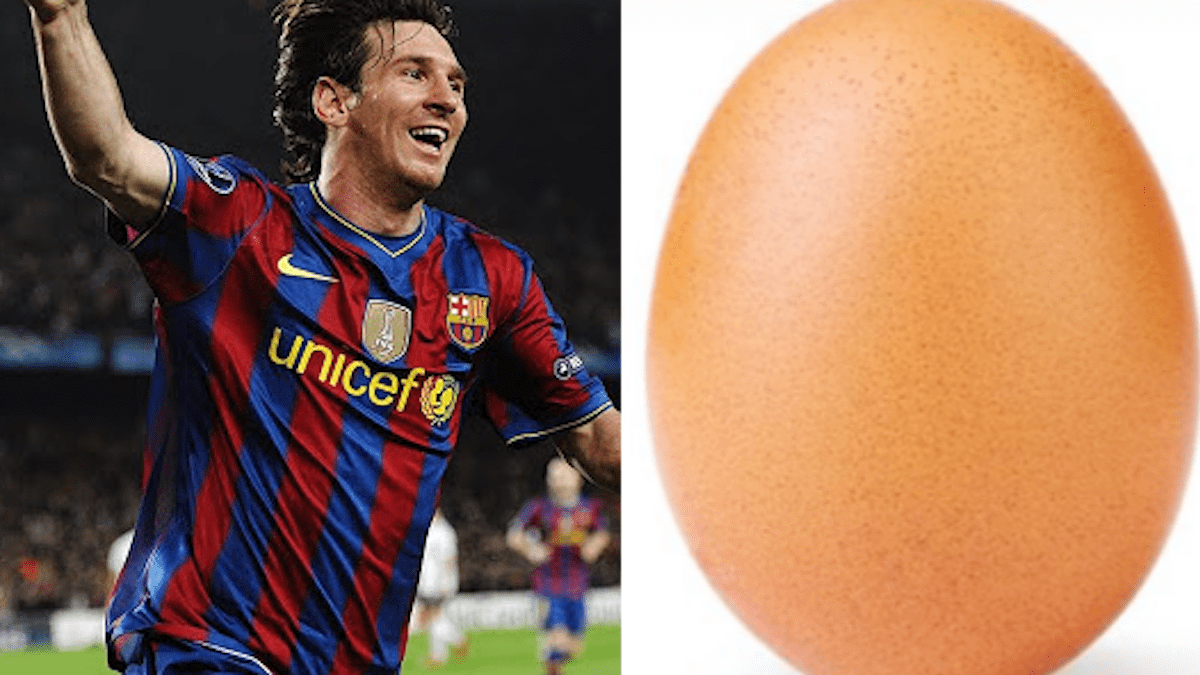 In case you’ve forgotten exactly how whacky the internet is, we’ve come here to remind you. While no one could ever guess the most recent ‘beef’ on the internet would be between an egg and a soccer player, Instagram has now created a completely unexpected competition, providing its users with the fight that they did not know they needed.

Following his win for Argentina in the world cup, Lionel Messi posted a celebratory picture on his Instagram account. Considering the sport’s popularity alongside Messi’s own legendary status, the picture immediately garnered an overwhelmingly absurd amount of likes. As time would tell, the Argentinian soccer player would be taking the crown for the most-liked Instagram post of all time away from the previous record-holder: the egg. As a consequence, the egg boiled with anger and announced its loss to the world.

“Four years ago we set out on a mission, nine days later we made internet history. Together,” the Instagram story read “today @leomessi has taken the crown (for now) but I’m still left with one question…”

Besides the challenge sent to the 35-year-old player, the egg broached yet another touchy subject for all soccer fans online: Who’s the greatest of all time? Cristiano Ronaldo or Lionel Messi?

The Portuguese soccer player Ronaldo and the Argentinian have been constantly competing for the title of the best player in the world for years on end. Following Argentina’s win as the World Cup victors, and Portugal’s loss against Morocco, Messi quickly took the mantle as World Cup winner and as the record-holder for the most likes on the social media platform – although Ronaldo keeps the record for the most-followed person on Instagram.

While the question of the best soccer player may still be lingering among netizens, one thing’s for certain: Messi definitely is victorious in his newfound competition with everyone’s favorite egg.