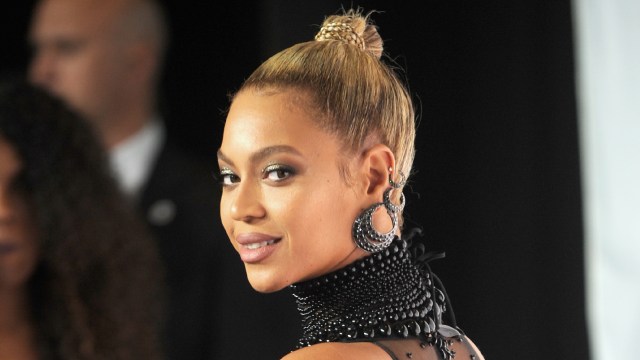 Beyoncé Knowles is one of the biggest stars in the world.

Her name has become synonymous with a diva of the highest order, and her fanbase is millions strong. Even if you aren’t a fan of her music, chances are good you’re a fan of the woman herself. She’s capable, talented, powerful, and kind. She’s that special kind of unicorn human that shouldn’t exist, but somehow does.

Over the course of her celebrated career in music, Queen Bey has released seven studio albums, on top of five live albums, five EPs, three compilation albums, and a massive number of singles. She’s won more than 500 awards for her contributions to work as a solo artist, and if you add in the awards she won as part of Destiny’s Child, she’s pushing 650.

Beyoncé is truly an unrivaled talent. Her genuine aptitude for performance is bolstered by her skill in business, which has seen her star rise even higher. She’s dipped her toes into production and fashion, on top of her work in music, and the world quickly discovered that everything Bey touches turns to gold. She has very few failures under her belt, instead rising to each new challenge whenever the occasion presents itself.

Over almost 30 years as a practicing artist, Beyoncé has accumulated a staggering amount of wealth. She’s been named the best paid woman in music on several occasions, and that’s often without the additional business ventures that direct money into her bank accounts.

Questions about Beyoncé’s net worth crop up every few years, typically after the celebrated singer puts out another album or announces a new business venture. She’s one of the wealthiest people in music, thanks to a carefully crafted approach to business and the undisputed talent that is Queen Bey.

All by herself — without any contributions from her famous husband, Jay-Z — Beyoncé has a net worth of around $500 million, according to Celebrity Net Worth. This staggering number is the result of a number of pursuits on Bey’s part, but the biggest contributor continues to be her music. She makes around $80 million on an annual basis, according to the site, thanks to tours, album releases, and her various business pursuits.

And there are many business pursuits. Bey has a toe in nearly every high-profile industry there is, with several fashion lines, a fragrance line, a Netflix deal, and a number of lucrative endorsements in her portfolio. That’s not even considering her impressive lineup of real estate, which totals out to at least $150 million in value.

Beyoncé’s wealth has been on a sharp rise for years, as her presence in the mainstream continues to further cement itself. Back in the early 2000s, when she was just getting started, Bey was worth a paltry (in comparison to now) $10 million, but within a few years, she had more than doubled the amount. By the 2010s, she was worth $140 million, and mid-way through the decade, she doubled the amount again. She was pulling in a whopping $350 million by 2017, and the number continues to rise year-over-year.

She’s not a billionaire yet, but at this point, her entry into the billionaire’s club is all but guaranteed. If you consider the Houston native’s collaborative wealth with husband Jay-Z, however, she can already claim the title. She and her husband are worth $1.8 billion as a pair, according to Celebrity Net Worth. The officially became billionaires awhile back, in 2014.

If her wealth continues to grow at the rate it’s been tracking for the last few decades, Beyoncé will be worth more than Donald Trump by the time she retires — if she ever does, that is.