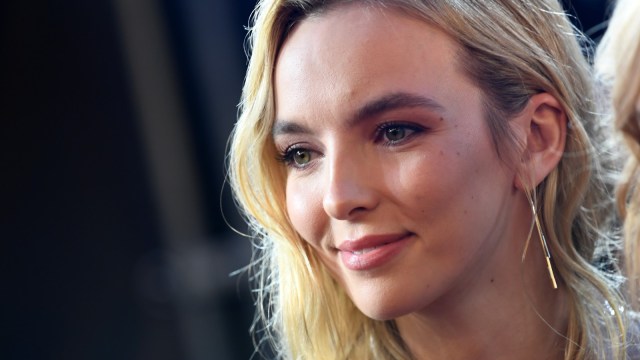 For decades now, everyone has been underlining how beauty lies in imperfections and boldly embracing yourself but as far as science is concerned, there is nothing more mesmerizing than symmetry. And if the recent deductions by a Harley Street facial cosmetic surgeon are to be believed, Killing Eve star Jodie Comer‘s facial measurements perfectly fall within the parameters of what science calls physical perfection.

Apparently, it is math that gives the actress an upper hand in comparison to her peers, namely Zendaya, Bella Hadid, and Beyonce. The results have been calculated by cosmetic surgeon Dr. Julian De Silva on the basis of the “Golden Ratio Theory,” a scientific process of calculating and mapping features to find out whether a face is perfect and symmetrical.

Before we jump to the results, let’s first understand what this seemingly ingenious method of deducing beauty is.

What is the Golden Ratio theory?

Now, this is not some new theory established by modern-day scientists or researchers. Nope, this was first discovered in Ancient Greece and given a mathematical ratio of 1.618, called Phi, named after Phidias, a Greek sculptor. The ratio is also called the “Divine Proportion.”

Its usage dates as far back as the European Renaissance, when artists and architects used it while creating art and to ensure their creations were deemed beautiful. Rumor has it, Leonardo Da Vinci also employed this ratio while making his masterpieces, including the Mona Lisa.

Now, scientists, surgeons, and many researchers employ this centuries-old ratio when it comes to evaluating beauty parameters. The calculations done include the width of a person’s forehead, the distance between their eyes, the length of an ear, etc.

According to Dr. Silva, Jodie Comer is “the most beautiful woman in the world” based on the mapping techniques he used on a list of celebs. Of them, the face and body ratios — including the eyes, eyebrows, chin, lips, jaw, etc — of Comer came the closest to the Golden Ratio value, i.e., 1.618. As per the surgeon, her face is 94.52% accurate when compared to the other names on the list.

“Jodie Comer was the clear winner when all elements of the face were measured for physical perfection. She had the highest overall reading for the positioning of her nose and lips, with a score of 98.7%, which is only 1.3% away from being the perfect shape. Jodie also had the highest score for her nose width and length and she was near the top for the shape of her lips and the position of her eyes.

Her chin is beautifully shaped and her overall face shape is really strong. The only element she was marked down for was her eyebrows which achieved an average score of 88%.”

The next name on the list is Euphoria wonder Zendaya, followed by supermodel Bella Hadid and music icon Beyoncé in third and fourth place respectively.

While Jodie Comer fans can celebrate this discovery, apparently, science is as fickle as the human heart because just three years ago, this ultimate title belonged to Bella Hadid. And surprise, surprise, the cosmetic surgeon behind the math at the time was once again Dr. Julian De Silva.

As reported by Daily Mail (via CNN), Dr. Silva had once again put his trusty Golden Ratio of beauty to use and announced that as far as math is concerned, Bella Hadid is the most beautiful woman in the world. Beyoncé, Amber Heard, and Ariana Grande took up the ranks that followed in the list.

It is obvious that these results depend on who is added to this list of celebrities whose features are then evaluated by the Greek equation. Well, it is very much possible that the next time Dr. Silva decides to employ the ratio to a group of selected celebrities, there is a new name at the top of the list.

Are these results accurate?

Well, does it matter? Nothing is beautiful if it has to conform to a set of rules, definitions, and measurements. Will you be using this ratio to see if a child is worthy of being called adorable? Will someone’s infectious confidence in themselves stop inspiring you because science doesn’t find their features symmetrical enough?

Everyone carries their unique inherent beauty, and as long as they believe in it, they don’t need a stamp of approval from a Greek, Roman, or any ratio from any nation.