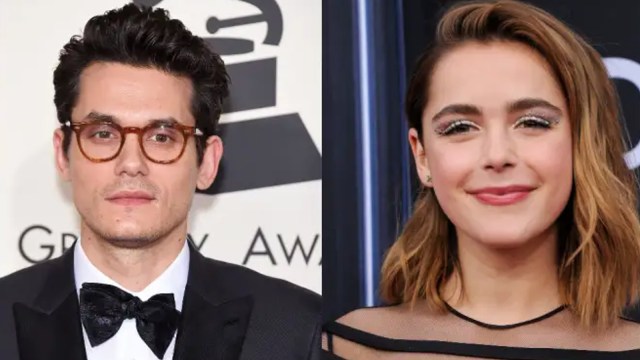 Anybody who knows John Mayer can keep track of his enormously famous dating life which has received a lion’s share of interest and attention from the tabloids and fans alike. Be it his infamous relationship with a 19-year-old Taylor Swift or on and off again relationship with Friends star Jennifer Aniston, Mayer’s romantic life always found its way into the top stories of the entertainment media.

Saying so, Mayer has regained his position as a subject of gossip as rumors and speculations surround his relationship with Kiernan Shipka. Shipka earned her recognition as a child actor after she played Sally Draper, daughter of Betty and Don Draper in the popular series Madmen and Netflix’s The Chilling Adventures of Sabrina.

There have been reports of them possibly dating each other even though the news hasn’t been confirmed yet. The pair was spotted at Giorgio Baldi in Santa Monica on Nov. 6 engaged in what looked like a four-hour long dinner according to the photos taken by The Daily Mail. Shipka was wearing a grey trench coat and Mayer a black windbreaker. Mayer was also singing to Shipka at one point.

The duo reportedly left the restaurant separately but as per the onlookers’ accounts, a few blocks away, Shipka stopped and got into Mayer’s car. This isn’t the only time Shipka and Mayer were spotted at a public place together. As reported by PopSugar, she was also seen with Mayer at the Tower Bar at the Sunset Tower Hotel in Los Angeles in February. The flurry of rumors about their relationship hasn’t escaped the plethora of reactions and criticisms from the fans. This is due to a nearly 23-year age gap between Shipka, 22, and Mayer, 45.

The event is reminiscent of Mayer’s previous relationship with younger women and the name that comes to mind is none other than the pop superstar Taylor Swift who was 19 years old when she dated a 32-year-old Mayer. Their break-up inspired a lot of songs by Swift and recently fans are wondering if Swift’s song “Would’ve, Could’ve, Should’ve” — whose lyrics talk about the regrets of dating an older man — is about Mayer.

People’s reactions have expectantly found their way into social media, especially Twitter – which is brimming with responses to the speculation. After Daily Mail Celebrity made an announcement of their dinner on Twitter, a group of users took to the platform to express their respective opinions about the possible union, and unsurprisingly, not many had nice things to say.

Most of the comments took a jab at the glaring age difference. One of the users mentioned “twice her age-that seems normal” while another said, “Not again. Date someone close to your own age @JohnMayer. There were others who went so far as to call the 45-year-old singer “pedo dearjohn.”

One person referenced the past relationship between Swift and Mayer culminating in their infamous breakup by saying, “KIERNAN SHIPKA RUN FAR FROM JOHN MAYER HAVE U NOT LISTENED TO MISS SWIFT” while another replied, “If a man who is twice your age shows interest in you, don’t let him fool you. his interest is purely in your purity. john mayer is old enough to be kiernan shipka’s father. he is a predator, end of story.”

As the endless speculations continue, there are rising curiosities as to the manner in which the situation will unfold.