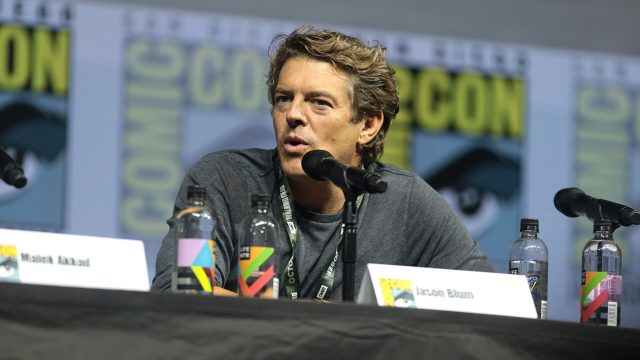 As arguably the premier horror film producer, Jason Blum doesn’t need more accolades, but if you credit him with films he hasn’t made he might not correct you.

That’s the dirty secret Blum revealed on Twitter on Friday. “When someone congratulates me for a movie I have not produced there are times when I do not correct them,” he admitted to the Twitterverse.

Blum founded Blumhouse Productions in 2000, which is responsible for frightening franchises like Paranormal Activity, Insidious, Sinister, Happy Death Day, Creep, Halloween, and The Purge, as well as standalone scares like Oculus, Hush, Split, The Gift, The Invisible Man, Truth or Dare, The Hunt, You Should Have Left, Upgrade, Freaky, The Lazarus Effect, Firestarter, Jordan Peele’s breakout and Oscar-winning Get Out, and the Joe Hill-story-adapted The Black Phone.

But horror isn’t all that Blum produces. The LA-born bigwig helped make Whiplash and BlacKkKlansman and received Academy Award nominations for both. He also won Emmys for the made-for-TV drama film The Normal Heart and the docuseries The Jinx. Although he’s not one to correct misattributions, he might outright deny involvement in the Dwayne Johnson-led family comedy Tooth Fairy, which Blumhouse inexplicably backed in 2010.