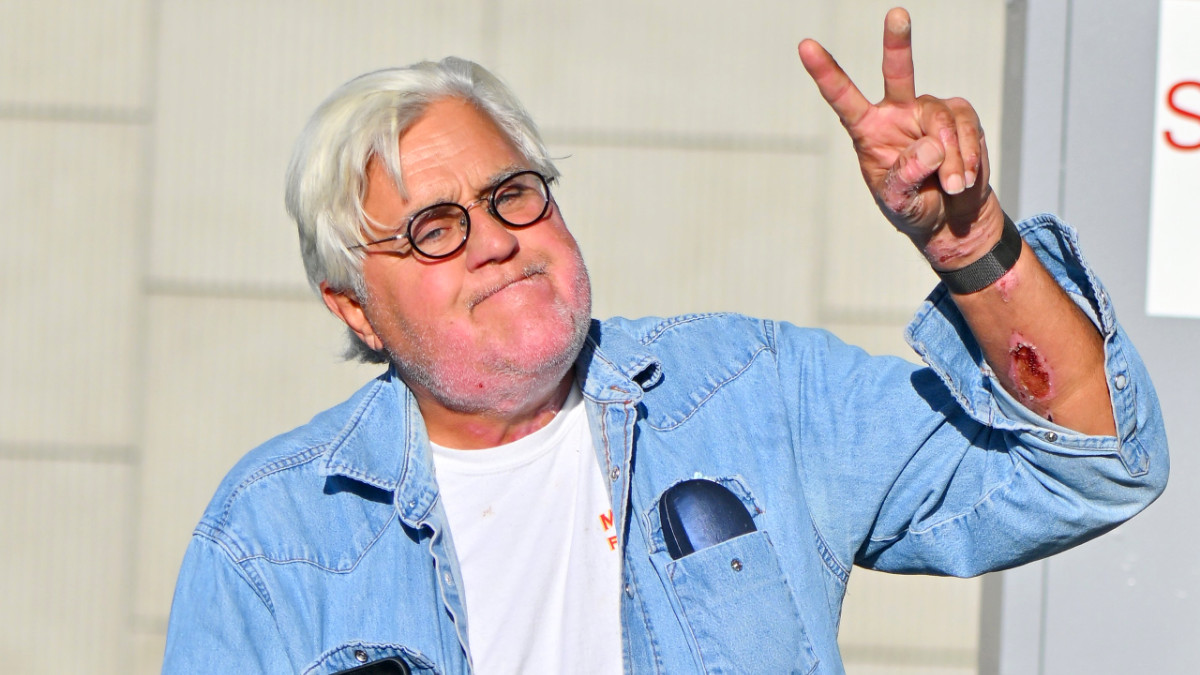 Jay Leno is a very lucky man after undergoing serious burns to his face and hands as a result of a car fire at his Los Angeles garage last month. The former Tonight Show host had been inspecting a clogged fuel line on his 1907 White Steam Car when gasoline spilled onto his face, which then became ignited by a pilot light.

According to Leno’s friend Dave Killackey, who was there at the time, the comedian’s face was completely “engulfed in flames.”

Leno was subsequently rushed to the Grossman Burn Center at West Hills Hospital, where he was treated for second and severe second-degree burns to his face, chest, hands, and left arm for nine days. Now, speaking with People, Leno’s surgeon, Dr. Peter Grossman, recalled that the 72-year-old’s injuries were “deeper than anticipated” and only became more concerning over the following 24 hours.

“Functionally and cosmetically I had serious concerns,” Grossman said. “Jay ending up with permanent disfigurement was a big worry for me.”

To avoid disfigurement, Grossman said that the goal of the treatment was to “minimize the production of scar tissue and maximize the regeneration of healthy tissue.” His team achieved this through a combination of two skin grafting surgeries, one of which involved pig intestine as a biological skin substitute.

In the first, “we shaved off ultra-think slices of the burn off his face and then put human cadaver skin on him as a temporary biological bandage,” says Grossman. “It tricks the skin to increase blood flow and help the healing process.”

During the second surgery, pig intestine from the lab was used as another biological skin substitute, creating a “closed protective environment” for skin to heal. Within a week of Leno leaving the Center, his body shed the pig intestine. “The skin he has now is all his,” says Grossman.

As part of his treatment, Leno also had sessions in a hyperbaric chamber to help increase oxygen to healthy skin, which he likened to “what sitting in a coffin feels like.”

“I was hoping to get the Clooney face, but that wasn’t available,” he quipped of his recovery. “Luckily I didn’t make my money being handsome so that’s not a dealbreaker for me.”

In addition to his People interview, Leno also sat down for an interview with Today airing Wednesday morning, in which he joked that he hadn’t learned anything from his ordeal.