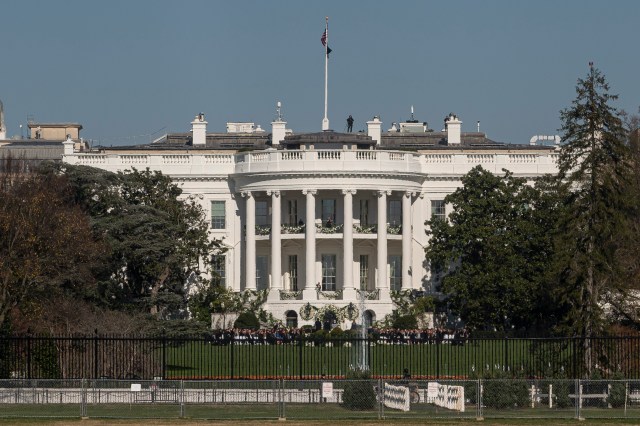 Today Joe Biden’s granddaughter, Naomi, was married at the White House, a day before his 80th birthday. Naomi Biden and Peter Neal, both lawyers who currently live in Washington, D.C., have just taken their vows as reporters stand outside the South Lawn with binoculars and high-powered cameras to catch the action.

Guests were standing in line well before 11 a.m. to get in to see the nuptials. Because of the secrecy shrouding the entire event, they were forced to sign NDAs. What details could possibly be involved in the wedding of Hunter Biden’s daughter that America isn’t supposed to know is hard to imagine, but the Biden administration has covered its bases on this top-secret event quite effectively.

The secrecy was so effectively enforced that the press was not allowed access on the White House grounds to take pictures and get all the steamy details. That move has the White House Correspondents Association very upset since it is their job to report on events such as this. The Biden administration has promised to release photos at some time today.

This has been the first-ever wedding on the South Lawn, but it wasn’t the first wedding at the White House. In an interview with TIME, the president of the White House Historical Association, Stewart McLaurin said, “There’s not been a South Lawn family wedding that I’m aware of.”

A history of White House weddings

Since the White House completed construction and was officially opened in 1800, there have been 19 weddings including Naomi’s. One of the most notable weddings was when Grover Cleveland became the only sitting president to get married in the White House when he wed Frances Folsom in 1886.

Lynda Bird Johnson Robb told a funny story in a podcast about her father’s speech the night before her wedding to Marine Corps Captain Charles S. Robb in 1967. President Lyndon Johnson read a report his secret service kept detailing every time the captain snuck in and out of the White House. President Johnson went on to joke that he was going to have the documents shredded, and he was going to use the pieces as confetti to celebrate the wedding.

A fascinating fact about White House weddings is that they haven’t always included the family of the president. Official White House Photographer Pete Souza was wed to Patti Lease in the Rose Garden in 2013. Just to be clear, these weddings aren’t at the expense of the American people. Traditionally, the father of the bride is handed the bill, but they’re not free even at the White House, and some lucky patron gets to write the check.

For today, that would be President Biden himself. Now, he and his granddaughter will have a special bond always being able to celebrate her anniversary the day before his birthday.