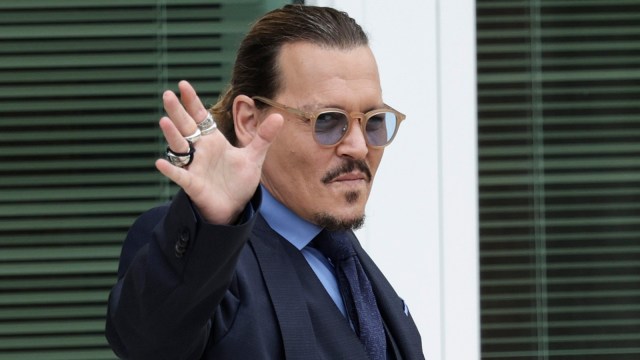 Johnny Depp has officially negotiated a new multi-year contract with Dior after evidently being vindicated in the defamation trial against his ex-wife Amber Heard, and the deal is reportedly worth a whopping 7-figure sum.

The actor had served as the face of the brand’s men’s scent Sauvage since 2015, but Dior pulled TV commercials following Heard’s initial allegations. The deal is not shocking, however, as Dior began airing the original commercial featuring Depp on the Fox network in primetime following the verdict.

According to TMZ, the deal was finalized after Dior executives, along with legendary fashion photographer Greg Williams, attended one of Depp’s concerts with musician Jeff Beck in Paris during the rocker’s European tour, which began in June. On Monday, the luxury fashion house shared a tease of a photoshoot Williams did with Depp ahead of the upcoming campaign.

“Backstage at Olympia Hall before the last show,” Dior captioned the photos on Instagram. “Fearless yet human, just like Sauvage.”

In decidedly less fearless news, Depp has been accused of plagiarism over his collaboration album 18 with Beck. In a recent Rolling Stone interview, folklorist Bruce Jackson pointed out that several lines from a supposedly original song on the album were lifted verbatim from a toast called “Hobo Ben” performed by former Missouri State Penitentiary inmate Slim Wilson on Jackson’s 1974 album, Get Your Ass in the Water and Swim Like Me.

If any legal actions come from the plagiarism accusations, it sounds like Depp will be more than able to cover his attorney bills.