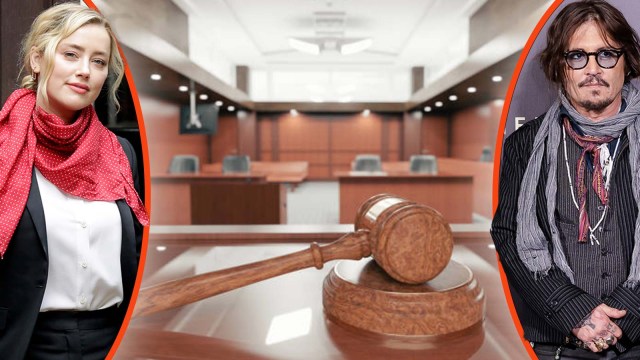 Though the high-profile trial between Johnny Depp and Amber Heard officially wrapped up last month, the legal battle continues regardless, with the latest development being Heard’s lawyers filing for a mistrial, citing an issue with one of the jurors.

Heard’s lawyers’ Friday filing suggested Juror No. 15 was, in fact, “not the individual summoned in April to serve in the case,” but instead “a younger individual with the same last name” who lives at the same address, according to The Associated Press (via ABC 7 Chicago). According to the claim from Heard’s lawyers, this essentially makes the individual an “illegally seated” juror, the report said.

In response, Depp’s lawyers argued in a filing on Monday that the initial verdict that Heard has to pay Depp more than $10 million for defamation “should be upheld,” according to Variety.

“[I]t appears that Juror No. 15 was not, in fact, the same individual as listed on the jury panel,” Heard’s lawyer, Elaine Bredehoft wrote in Friday’s filing (via Deadline). “Ms. Heard’s due process was therefore compromised. Under these circumstances, a mistrial should be declared, and a new trial ordered.”

The response from Depp’s lawyers cited a lack of Heard showing that she actually endured unfair treatment from the mixup (via Variety).

“Unsurprisingly, Ms. Heard cites to no case law to support her argument that the service of Juror 15 if he is not the same individual that the Court assigned as Juror 15 somehow compromised her due process and would warrant the drastic remedy of ‘setting aside the verdict and ordering a new trial,’ […] Ms. Heard makes no showing of any prejudice, and accordingly her speculative arguments fail.”

Though the trial resulted in a mixed verdict — technically indicating Depp and Heard defamed each other — Depp was awarded all three of his questions to jurors regarding whether Heard defamed him. In comparison, the jury only awarded one narrow scope of Heard’s list of claims against Depp, specifically ruling that Depp’s lawyer defamed Heard by stating to the press that she staged a hoax. While the jury ordered Heard to effectively pay Depp more than $10 million, they also ruled Depp owed Heard $2 million for the defamation she endured.

The trial all stemmed from a 2018 Washington Post op-ed Heard penned, in which Depp maintains he was falsely accused of domestic abuse by Heard.