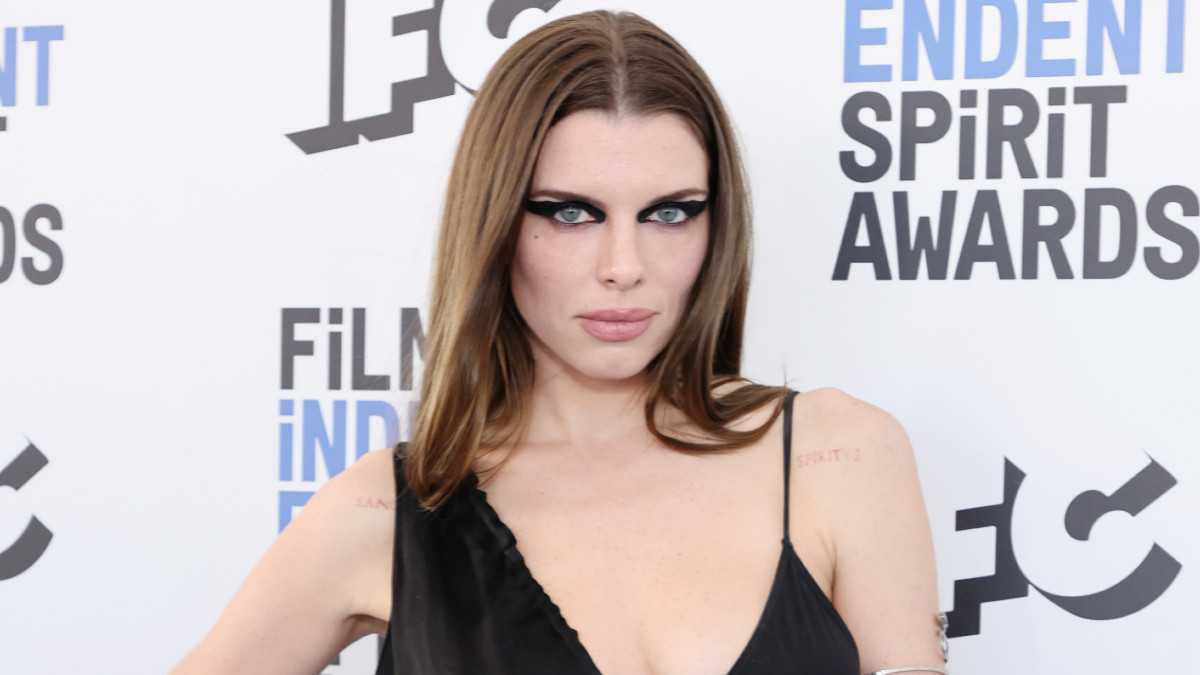 Julia Fox kicked off her Memorial Day weekend early with a trip to Santa Barbara’s famed Montecito Hot Springs for some rest and relaxation with friends. And while bathing in the springs, the 32-year-old recreated her signature foxy eye look with some help from actual mud.

According to The Daily Mail, which obtained paparazzi shots of the outing, Fox was otherwise makeup-free, and her brunette hair was slicked back with water. A Julia Fox fan account likewise tweeted the photos of the model and actress smearing mud on her eyes, which she then proudly showed off to friends.

Fox first saw notoriety as a New York City “It Girl” after starring in Adam Sander’s 2019 crime thrilled Uncut Gems. Her star and status as a fashionista only continued to rise when she began dating Kayne West in early 2022, who is known for outfitting the women he’s romantically involved with in the hottest high fashion runway looks.

Though she and West, who had his name legally changed to Ye recently, parted ways just over a month later, Fox still regularly makes headlines for her daring fashion choices — such as wearing a denim jacket and nothing else to the grocery store.

And when Ye moved on with Kim Kardashian lookalike Chaney Jones, Fox likewise seemed unbothered by the new romance. She later said in an interview that going so public with her romance with Ye was her “service” as a celebrity and that the relationship “gave people something to talk about” amid the ongoing pandemic.

But evidently, Fox doesn’t need a man to give people something to talk about. We can’t hate on the hustle!