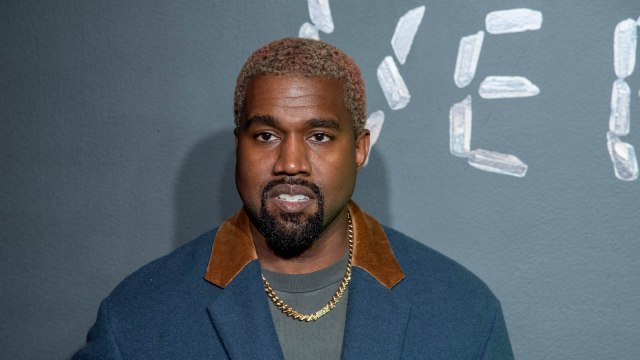 The title that Ye (Kanye West) reportedly considered for his 2018 album, which ultimately became the self-titled Ye, was, believe it or not, originally Hitler.

CNN reported the news today after speaking with several sources that were close to Ye at the time, many of whom told CNN that the rapper had a fascination with Hitler. One unnamed source even said, “He would praise Hitler by saying how incredible it was that he was able to accumulate so much power and would talk about all the great things he and the Nazi party achieved for the German people.”

The revelation comes on the heels of Ye’s worst career week with his antisemitic comments resulting in a major fallout with numerous business partners, companies, rappers, and even now former friends. It has cost him an absurd amount of money. He responded to the numerous controversies by posting on social media, writing, “I lost 2 Billion Dollars on one day and I’m still alive.”

It has been often rumored that Ye has a strange liking for Hitler, a hateful figure who unfortunately requires no introduction or further explanation. Today’s news all but confirms that rumor.

A former executive who worked closely with Ye explained to CNN that the artist would actually speak openly about the Hitler manifesto Mein Kampf, expressing admiration for the Nazis and specifically for how they were able to use propaganda to their advantage.

CNN also reports that four different people that they spoke to about Ye all claim that in 2018 the rapper suggested his then yet-to-be-released album be titled Hitler. but instead, he was apparently convinced to call the album Ye.

The rapper turned fashion designer turned rapper turned controversial figure has yet to publicly discuss his fascination with Hitler, nor has he yet responded to today’s report.

The hateful comments have also hurt the immediate future of the students at his private school, Donda Academy, thanks to it being announced that it is closing down. However, that news is also ongoing because the school has since backtracked on the announcement and has now stated it will try to stay open.

With each passing day, bad news regarding Ye continues to surface and it only seems to be getting worse.