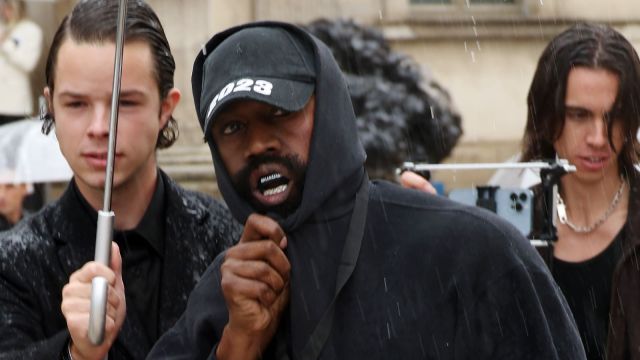 Ye is now radioactive. After a slew of antisemitic ramblings, the companies he was partnered with have dropped him like a hot rock. Adidas, Balenciaga, TJ Maxx, Christies, Foot Locker, Gap, Vogue, and talent agencies UTA and CAA have all announced they’ll either no longer work with him or stock Yeezy-brand products. On top of all that, his controversial Donda Academy is now closed “with immediate effect”.

It’s nice that he can joke because the last 24 hours have been exceptionally miserable for Ye. The loss of his business partnerships means he’s no longer classified as a billionaire. Reports emerged of the dispiriting sight of Ye and his entourage being escorted out of Skechers HQ after a last-ditch attempt to keep Yeezys on shelves.

Anyone working with Ye will likely have priced in his erratic behavior, but it appears he’s now crossed the Rubicon of what they’ll tolerate. For now, at least, being associated with Ye will harm any company’s corporate image and leaves him with few places to turn.

So what might the future hold? Well, Ye has repeatedly hinted at a political career and considering his leanings, expect him to become a fixture on right-wing TV over the next few months if it’s a career path he opts to follow in any serious manner.

And who knows, we may yet see President Ye become a realiy.