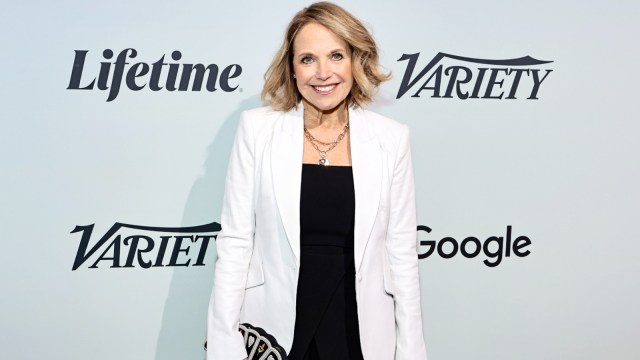 Former long-running Today show host Katie Couric revealed on her website on Wednesday that she was diagnosed with breast cancer earlier this year on June 21, 2022; the date of her eighth wedding anniversary and the first day of summer.

Though Couric has since undergone surgery to remove an olive-sized tumor and just completed radiation treatment, she writes that as someone who had previously detailed her colonoscopy procedure on Today in 2000, she wanted to bring attention to the disease ahead of Breast Cancer Awareness Month, which starts in October. After that segment aired, the 65-year-old says that colonoscopies increased by 20%, and she is now hoping to make the same impact on people with breasts getting mammograms.

“Every two minutes, a woman is diagnosed with breast cancer in the United States,” Couric likewise shared in an Instagram post on Wednesday. “On June 21st, I became one of them. As we approach #BreastCancerAwarenessMonth, I wanted to share my personal story with you all and encourage you to get screened and understand that you may fall into a category of women who needs more than a mammogram.”

In her post, Couric explained her family history with cancer, from losing her first husband, Jay Monahan, to colon cancer in 1998, to her sister Emily Couric, a Virginia Democratic state senator who died of pancreatic cancer just a few years later in 2001. She says that in light of all the cancer in her family, after learning of her diagnosis that her mood “quickly shifted from disbelief to resignation.”

“My reaction went from ‘Why me?’ to ‘Why not me?'” Couric lamented.

The good news is that Couric says she just finished her last round of radiation yesterday and that it seems like she’s out of the woods. But while they thankfully caught her cancer early, she adds that she was six months late getting her mammogram, and doesn’t want others to make the same potentially life-threatening mistake.

With any hope, Couric may just have saved some lives by bravely opening up about her own battle with breast cancer.